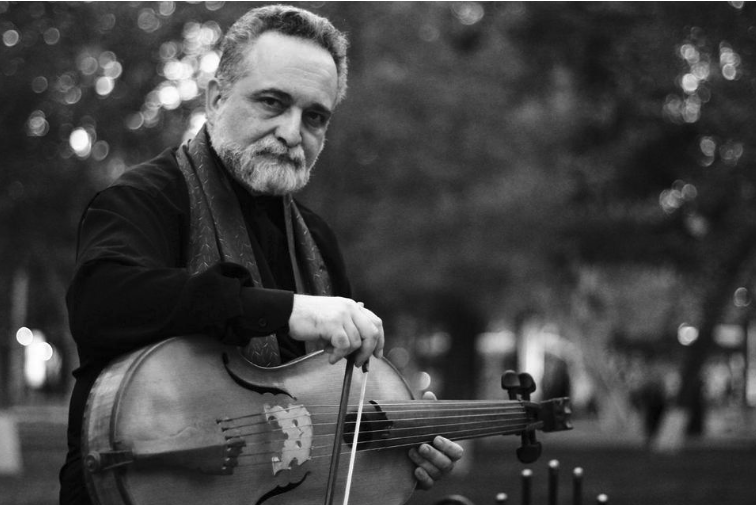 Armenian composer and conductor Grigor Arakelian returns to the area to conduct the Augusta Virtuosi in two concerts in February.

“He’s an artist of the highest caliber,” said Adam DePriest, director of the Aiken Civic Orchestra, who has brought together a select group of professional musicians for the Baroque Masters concerts.

The concert will include works by J.S. Bach, Antonio Vivaldi, Georg Phillipp Telemann and Georg Friedrich Handel as well as the Armenian composer Komitas, a musician and priest, known as the founder of Armenian classical music.

Not only will Arakelian conduct the group, but he will play the Armenian viola, an instrument he helped create, in several selections, according to DePriest.

The Armenian viola is played in a similar fashion as a cello, he said.

Made from the Armenian apricot tree, Arakelian’s instrument has a “wonderful resonant sound” and has almost a spiritual quality to it, DePriest said.

Although usually a conductor and violinist, DePriest will also play with the ensemble, but he will be on double bass.

This is the second time Arakelian has played with a group through DePriest and the Aiken Civic Orchestra. He was in the area about two years ago, and DePriest said it was a wonderful experience.

“When we did a program with him two years ago, it was the best success we’d had musically speaking so far,” he said.

DePriest said he’s excited to have concerts on both sides of the Savannah River. On Arakelian’s last visit, there was only an Aiken concert. He said this will give more opportunities for area audiences.