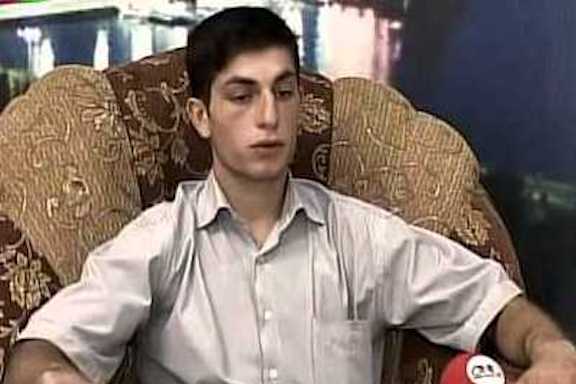 The European Court of Human Rights this week ruled that Azerbaijani authorities had tortured and killed Manvel Saribekyan, a citizen of Armenia, who was detained in a military prison in Baku.

Saribekyan, a resident of the Tetujur village in Armenia’s Gegharkunik province, was taken captive by Azerbaijani authorities in September 2010.

According to court documents, Saribekyan, born in 1990, was arrested in Azerbaijan in September 2010. His family says he inadvertently crossed the border in foggy weather in a nearby forest while looking for wood and stray cattle.

The body was returned to Armenia in November 2010 and the authorities there opened a criminal investigation. A forensic report found injuries on his neck, head and body. The Armenian Prosecutor General asked for legal assistance from Azerbaijan but as no reply was received the Armenian pre-trial investigation was suspended in December 2011.

In January 2011, Azerbaijani authorities ruled Saribekyan’s death a suicide, asserting that he had been held in proper conditions and that he had not been assaulted while in custody.

“The Court took account of the Armenian forensic examination, which apart from strangulation injuries, had recorded kidney, chest, lumbar, thigh and rectal haemorrhages as well as a head injury, all caused by a blunt object,” the ECHR ruling. “Neither the Azerbaijani Government’s submissions nor the documents in the case file gave reason to question those findings.”

“The Court thus found that Mr Saribekyan had been subjected to ill-treatment in the form of severe physical violence during the final days of his life while being detained in the Military Police Department in Baku. The Court found that the suffering he had endured had amounted to torture and that he had suffered a violation of his rights under Article 3,” the court said in its ruling. https://hudoc.echr.coe.int/eng-press#{%22itemid%22:[%22003-6624858-8792767%22]}

The court rejected a motion by Azerbaijan to dismiss the case, saying that the investigation into Saribekyan’s death conducted by authorities in Armenia was more thorough and included photographic and other forensic evidence, while “The Government of Azerbaijan had not convincingly accounted for how Mr Saribekyan had died.”

The ruling also said that Azerbaijani authorities assumed that Saribekyan had committed suicide and limited the scope of the investigation.

“There should have been a careful investigation into whether ethnic hatred had contributed to his death: he had been arrested as an Armenian citizen allegedly engaged in spying and plotting a terrorist act, something the personnel at the Military Police Department must have been aware of.,” the ECHR ruled, adding that the Azerbaijani authorities had not contacted Saribekyan’s family or the Armenian authorities.

In the end, the court awarded damages to Saribekyan’s family, the plaintiffs in the case. The court, in a six to one ruling said that that Azerbaijan was to pay the Saribekyan’s next-of-kin 60,000 euros and an additional 2,200 euros for case-related expenses.