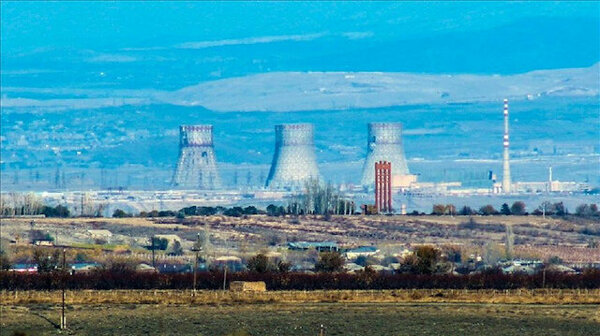 A nuclear power plant in neighboring Armenia poses a threat to Turkey, said a Turkish opposition party on Friday.

“The Metsamor Nuclear Power Plant jeopardizes the lives of people in this region,” Habib Eksik, a Peoples’ Democratic Party (HDP) lawmaker from the eastern Igdir province, told journalists in parliament.

He said the plant is in close proximity to Igdir and has many flaws in its design.

“The plant has been constructed with primitive technology and it lacks adequate security measures,” said Eksik.

Metsamor, first launched in 1976, is just 16 kilometers (10 miles) from Turkey’s eastern border with Armenia, and produces about 40% of the country’s electricity.

Both Turkey and Azerbaijan have repeatedly raised objections to the project as they believe it does not meet international safety standards.

Metsamor continues to draw criticism from Turkish officials as Armenia has decided to extend its operations until 2026.