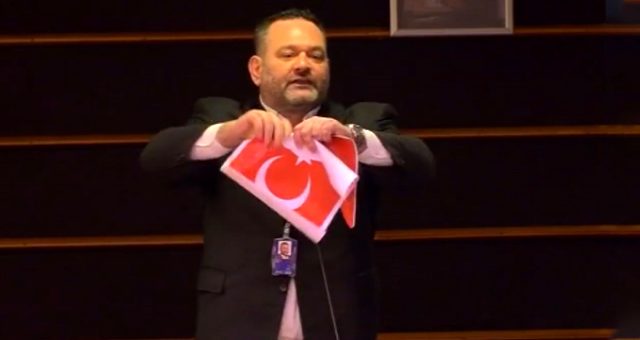 The Greek MEP referred to the situation of the migrants who have found shelter at the Greek islands, adding that Turkey is able to do what it wants to do.

Lagos said that 70% of Greek citizens are against illegal migration and that they are being attacked by the migrants.

“On the one hand, there is Turkey, which is doing whatever it wants to do,” Lagos said, ripping a piece of paper with the Turkish flag printed on it. He said they need to put an end to the migrant flow.