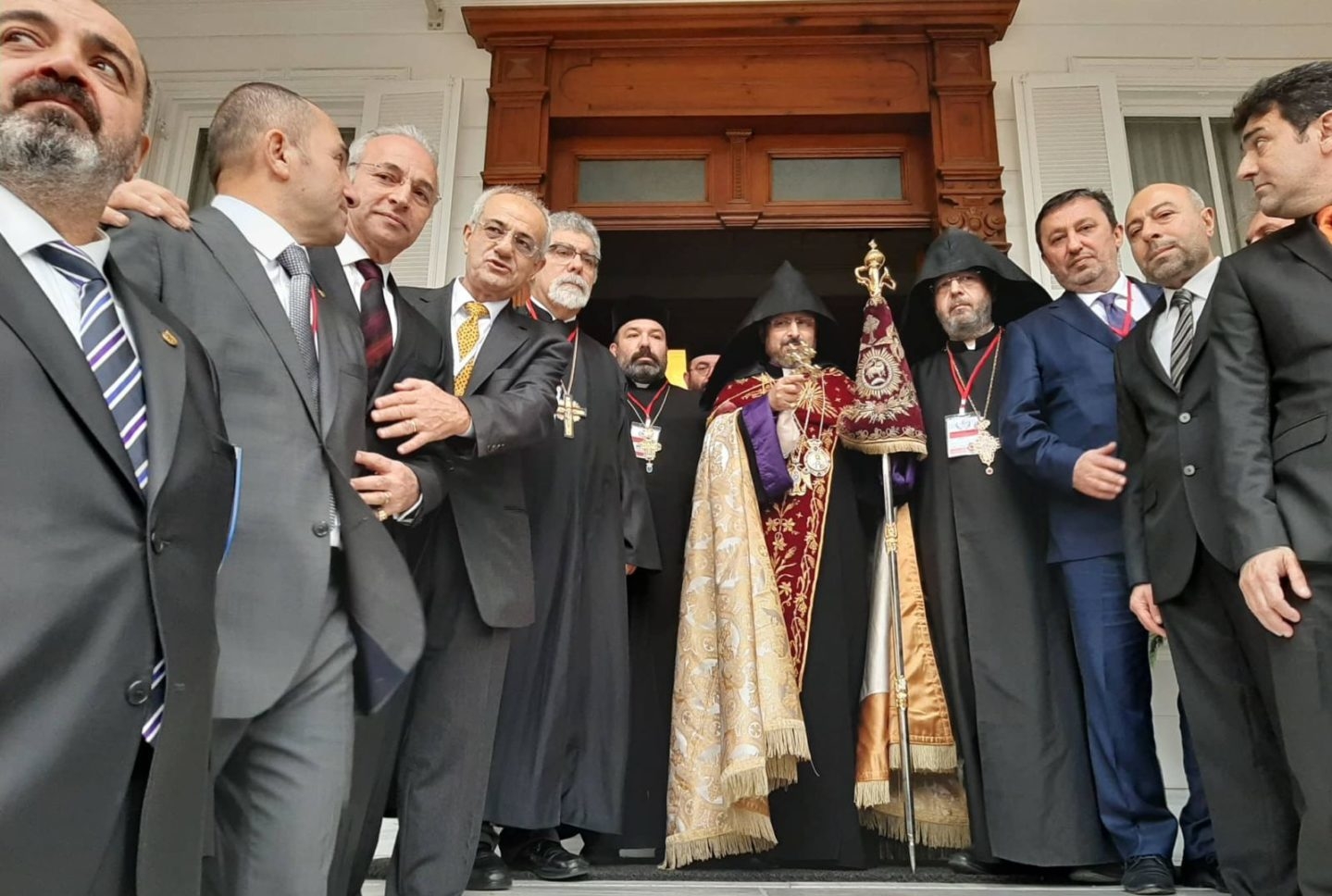 Election of patriarch leaves Turkey’s Armenians without a voice

2020-01-30
***HyeTert is of the opinion that this source and/or content contains/propagates false and/or misleading information and/or genocide denial, racism, discrimination or hate crime. Before sharing the content, please take these warnings into consideration and check the content and/or source from reliable sources.***

The controversial vote, along with new genocide-recognition resolutions in the U.S., has Turkey’s Armenian community feeling caught in the crossfire between a hostile Turkish majority and an assertive Armenian diaspora.

In a bustling beauty shop in Istanbul’s traditionally Armenian neighborhood of Kurtuluş, the topic of conversation was the recent election of the Patriarch of Constantinople.

Sesil, a 53-year-old beautician, paused from doing a customer’s nails to weigh in: she hadn’t bothered casting a ballot. “The patriarch is a puppet of Tayyip Erdogan,” she said with a shrug, referring to Turkey’s president. (Her name has been changed at her request.)

The Armenian Patriarch – a position established by the Ottomans in 1461 – is the top spiritual and symbolic leader of the Armenians in Turkey. That community was once an integral part of the Ottoman Empire, but following the 1915 genocide it has dwindled to about 60,000, concentrated mostly in Istanbul.

In the late Ottoman Empire, Armenians chose their patriarch relatively freely under the “millet” system of self-rule for non-Muslims. But that system was abolished in 1923, following the founding of the Turkish Republic, and since then successive Turkish governments have been able to manage the elections through a variety of interventions.

The last patriarch, Mesrob Mutafyan, suffered from dementia and had been unable to carry out his duties for 12 years. Over that time the church was governed by a cleric appointed by the Turkish government, Aram Ateshyan. In 2017, the patriarchate held an election to elect a locum tenens, or temporary leader to organize and a vote for a replacement for Ateshyan. The winner was Karekin Bekchiyan, a Germany-based archbishop, but the governorate of Istanbul annulled the election.

While in previous elections candidates born in Turkey but serving abroad had been permitted to run for patriarch, this time the Ministry of Interior introduced a new rule: candidates had to be based in Turkey. That effectively blocked 10 candidates from abroad, including Sebuh Shouldjian, a popular cleric based in Armenia, and left only two: Ateshyan and Sahak Mashalyan.

The latter won handily in a two-round election held in early December. Voting stations were set up across Istanbul and in the provinces of Hatay, Kayseri, Diyarbakir and Mardin, though turnout was reportedly low.

Many Armenians saw the residency requirement as a cynical ploy by Ankara to install its favored candidate.

“I shall not partake in the elections of the Armenian patriarchate […]. I will not consider the elected person as my patriarch. The civil servants, administrators and those who collaborated with them who tarnish our honor will go down in the dark pages of history,” Garo Paylan, a prominent ethnic Armenian opposition member of parliament, said ahead of the vote.

Nor Zartonk, an Armenian rights group, boycotted the elections and filed a complaint to overturn the results. “The state didn’t want candidates that could speak freely about the 1915 events. It wanted someone who would adopt its discourse,” Murad Mıhçı, the head of the group, told Eurasianet. “That’s why it forbade people from abroad.”

Not everyone agreed: Ara Koçunyan, the editor-in-chief of Jamanak, Turkey’s only daily still printed in the Armenian language, argued that it was the Armenians’ own lack of a unified position on how to conduct the elections that led to the authorities’ meddling in their affairs. He argued that a patriarch close to the government is best positioned to bring benefits to the community, and called objections to the election “demagoguery.”

“Why is America putting this on the agenda?”

While this controversy was brewing, another was percolating in Washington: The U.S. Congress approved a resolution recognizing the Armenian genocide, sparking a furious reaction in Turkey.

Days after his election, the new patriarch told Turkish media that he regretted the U.S. resolution, and sought to differentiate Turkey’s Armenians from those in the diaspora. The comments were seen by many of Turkey’s Armenians as a needless act of sycophancy toward Ankara.

Nevertheless, many Armenians also agreed with the patriarch.

While genocide recognition is often a raison d’être for the Armenian diaspora – most of whom are the descendants of those who fled the 1915 massacres – many of the Armenians who stayed behind see it as a burden.

“The recent bill in the U.S. was passed to upset Turkey. It had nothing to do with us,” Nor Zartonk’s Mıhçı said.

“When the diaspora pushes for the recognition of the genocide in foreign parliaments, we suffer the backlash here,” said Sesil, the beautician. “Each time this debate is brought onto the international agenda, we fear for our children.”

Fifteen years ago, she said, her nephew was shot while carrying out his mandatory military service. He survived, but in 2011 another conscript, 25-year-old Sevag Balıkçı, died as the result of a similar attack. Four years earlier, an ultranationalist teenager assassinated Hrant Dink, a famous journalist and advocate of Turkish-Armenian reconciliation.

A recent report from the Hrant Dink Foundation, an organization set up following Dink’s death to promote inter-cultural dialogue and tolerance, found that in 2018, Armenians were the second most common target of hate speech in Turkey, after Jews.

In the salon, a bright crescent-and-star Turkish flag is planted in a flickering Christmas tree, as if to signal the Armenians’ loyalty to the state.

“There is no question the genocide happened. My grandfather lost his entire family. He told me this story every day, like a tale,” Sesil said. “But why is America putting this on the agenda right now? It happened 100 years ago.”

Killian Cogan is a freelance journalist based in Istanbul.