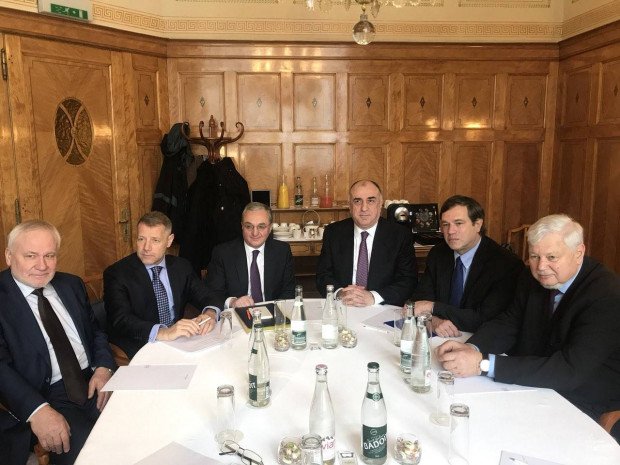 The Co-Chairs of the OSCE Minsk Group (Igor Popov of the Russian Federation, Stéphane Visconti of France, and Andrew Schofer of the United States of America) met separately and jointly with Armenian Foreign Minister Zohrab Mnatsakanyan and Azerbaijani Foreign Minister Elmar Mammadyarov in Geneva January 28-30. They were joined in their meetings by the Personal Representative of the OSCE Chairperson-in-Office Andrzej Kasprzyk, says a joint statement made by Armenian and Azerbaijani foreign ministers and the OSCE Minsk Group Co-Chairs.

Over three days of intensive discussions, the Co-Chairs and the Ministers discussed the following agenda item: implementation of agreements and proposals discussed in 2019 and possible next steps to prepare the populations for peace; principles and elements forming the basis of a future settlement; and timing and agenda for advancing the settlement process.

The Co-Chairs reiterated their full commitment to helping the sides find a peaceful solution to the conflict and the principle of confidentiality in the settlement process, as well as the need for creativity and a spirit of compromise to achieve a fair and lasting peace.

The Ministers agreed to meet again in the near future under Co-Chairs auspices.