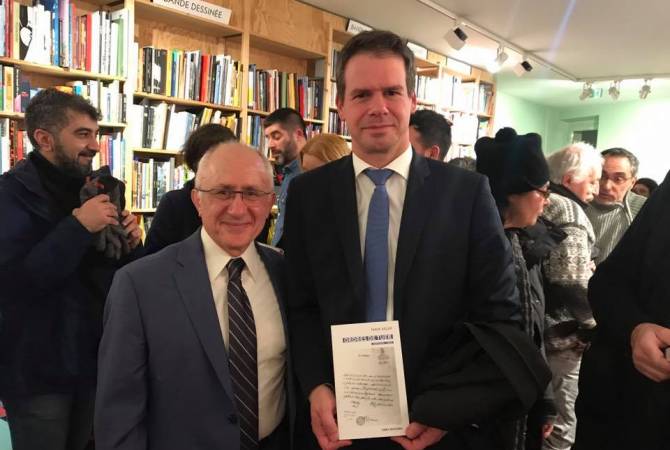 YEREVAN, JANUARY 29, ARMENPRESS. Turkish historian Taner Akçam’s book on the Armenian Genocide called “Killing orders” has been presented in French in Paris. ARMENPRESS reports in his Facebook post Taner Akçam assessed it a great honor that Ambassador of France to Armenia Jonathan Lacote attended the presentation. The historian told that he met the Ambassador in Yerevan in 2018.

Lacote also made a post on his Facebook page, noting “I was glad to meet Taner Akçam in Paris, who presented his book “Killing orders”. It’s about his recent research and confirms the authenticity of the Ottoman documents which are the evidence of the fact that the developments were planned by the state, which led to the genocide of the Armenian people”.