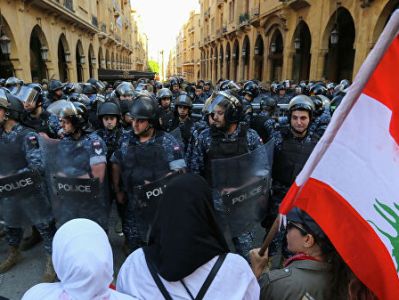 “The Fathers stress the right for peaceful demonstrations to demand reform, but strongly reject the mobs on the streets and squares, especially in Beirut, lest the mobilization veers away from its noble goals,” the Christian religious leaders said in a statement after a summit.

Maronite Patriarch Bechara Boutros Al-Rai had called the summit which gathered patriarchs of Lebanon’s many Christian sects, according to state news agency NNA. The meeting’s communique was read out in live broadcasts on local media.

The Christian faith leaders said the government should be given “room to take on its responsibilities”, and called on Arab states and the international community to support Lebanon.