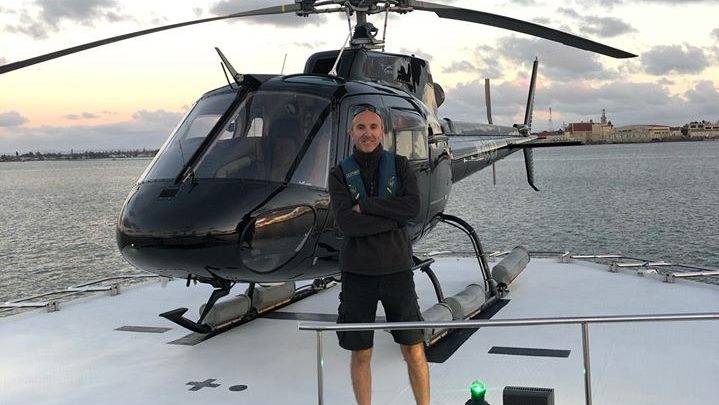 Ara Zobayan, the man piloting the helicopter which crashed and killed former NBA superstar Kobe Bryant, his daughter and seven others near Los Angeles, is remembered as an experienced pilot with a passion for flying.

Ara Zobayan, 50, from Huntington Beach, California, held a commercial helicopter license and was a certified flight instructor, according to Federal Aviation Administration records cited by the New York Times.

He was instrument rated, meaning he was qualified to fly in limited visibility conditions, according to records cited on Twitter by KTLA reporter Christina Pascucci, also a licensed pilot.

Friends have identified the pilot as

Ara Zobayan. He taught aspiring heli pilots to fly and was very much loved in the aviation community. They wrote “rest easy as you take your final flight to heaven.”@KTLA #KobeBryant pic.twitter.com/8pQh9eNJTk — Christina Pascucci (@ChristinaKTLA) January 27, 2020

“He taught aspiring heli pilots to fly and was very much loved in the aviation community,” Pascucci wrote on Twitter.

“Flying was his life’s passion,” said Peter and Claudia Lowry, owners of Group 3 Aviation, in a Facebook post.

They said Zobayan went to Group 3 of Aviation for flight hours in 1998. In 2001 he became a private pilot; In 2007 he received his commercial pilot’s license; In 2008, he was certified as a Ground Instructor, said Ian Gregor, spokesman for the Federal Aviation Administration.

Jared Yochim, a friend of the pilot, penned a heartfelt tribute on Facebook, writing: “The pilot flying Kobe and crew today was my friend Ara Zobayan.

“Ara was an incredible pilot, instructor pilot, charter pilot and truly a great man. He was not your typical egotistical helicopter pilot like most of us honestly are. Ara was a man that always remained cool, calm and collected,” he wrote on Facebook.

The news has released the pilots name, so I’ll now share. The pilot flying Kobe and crew today was my friend Ara… Gepostet von Jared Yochim am Sonntag, 26. Januar 2020

According to The Sun, Zobayan told air traffic controllers in his last radio message that he was climbing to avoid a cloud layer before plunging more than 1,000 feet into a hillside, an accident investigator said.

The pilot had asked for and received special clearance to fly in heavy fog just minutes before the crash on January 26 and was flying at 1400 feet when he went south and then west.

He then asked for air traffic controllers to provide flight following aide but was told the craft was too low.

About four minutes later, he advised they were climbing to avoid a cloud layer.

When ATC asked what Zobayan planned to do, there was no reply.

Radar data indicated the helicopter climbed to 2,300 feet and then began a left descending turn.

Last radar contact was about 9.45 am and is consistent with the accident location.