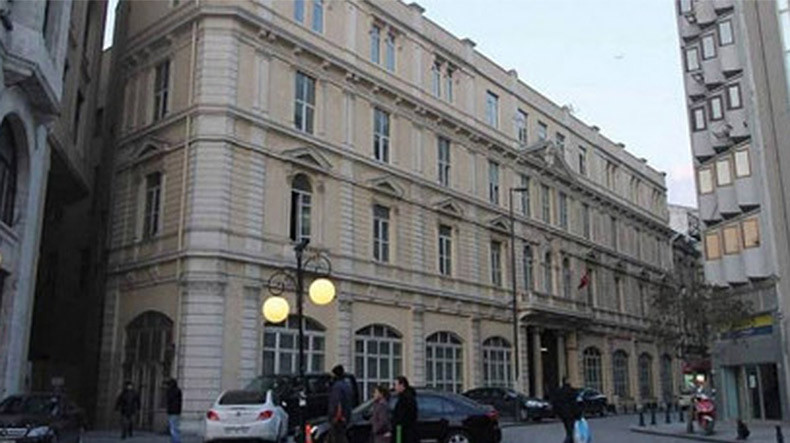 Turkey’s Armenian Patriarchate said on Friday that Turkish authorities decision to hold a tender to rent the Sanasaryan Han was unjust as the legal process over the ownership of the iconic Istanbul building was still underway, Agos newspaper reported.

The General Directorate of Foundations said the inn was to be put out to tender on Jan. 28 to rent it out for the next 35 years and make it a five-star hotel, in an announcement published in the Official Gazette on Dec. 31.

The Armenian Patriarchate of Turkey said in its statement that such a move would be wrong as Turkey’s Constitutional Court had been examining the appeal of the Patriarchate about the conflict on the ownership of Sanasaryan Han.

Sanasaryan Han in the Sirkeci district is one of the oldest Armenian buildings in Istanbul. The inn was built by the Armenian merchant and philanthropist Mkrtich Sanasaryan. The building was put under the administration of the Armenian Patriarchate in Istanbul in 1920, but the Turkish state confiscated it in 1928.

The Armenian Patriarchate filed a lawsuit in 2014, asking authorities to return the building. After years of legal battle, a Turkish appeals court last year ruled to return the title deed of Sanasaryan Han to the General Directorate of Foundations.

The Patriarchate’s lawyer, Ali Elbeyoğlu, took the case to the Constitutional Court as a result. Elbeyoğlu also filed a legal complaint in an administrative court in Ankara, requesting the directorate to return all revenues generated from the building to the Patriarchate to be used in accordance with the title deed of the Sanasaryan Foundation.