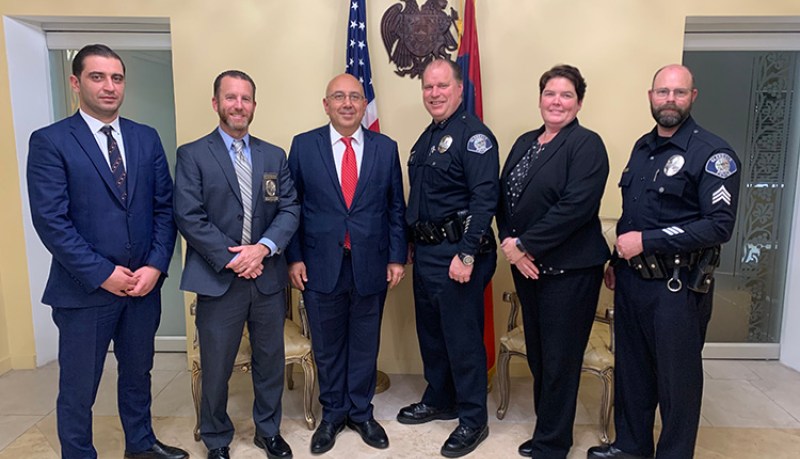 Ambassador Baibourtian discussed the upcoming events planned by the  Consulate General, including the project of the May Armenian festival in Glendale as well as initiatives aimed at improving inter-community bonding. It was agreed during the meeting to organize a  lecture-presentation for the Glendale Police Department on Armenian  culture, its history, Armenia as a country, highlighting significant contributions of the Armenian-American community in the United States.

Ambassador Baibourtian expressed his appreciation for the work of the Glendale Police in maintaining high standard of safety and security in  the city.

In their turn, Chief Povilaitis and Captain Tim Feeley expressed their readiness to work closely with the Consulate General of Armenia. The Consulate’s General Counselors Edgar Grigoryan and Varazdat Pahlavuni participated in the meeting.