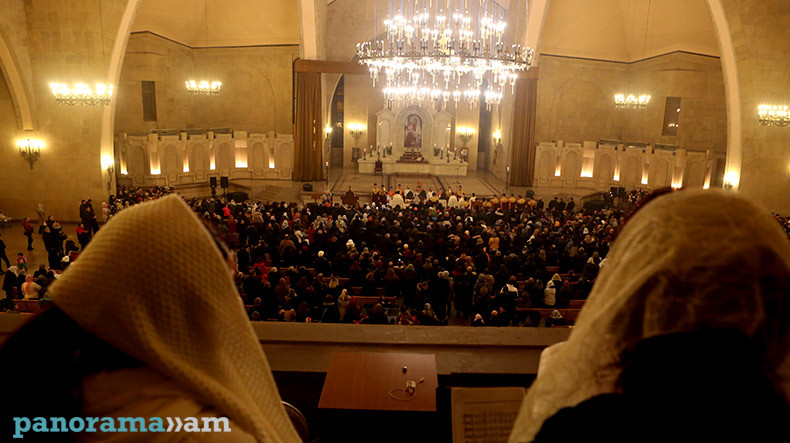 Gordios was a Captain from Caesaria. His parents were pious Christians. He served in the Royal Army during the reign of the Emperor Diocletian’s. Witnessing many cases of unfairness and injustice, he was isolated and devoted himself to God. When Emperor Licinius started the persecutions against Christians, Gordios went to Caesaria and confessed to the heathen crowd that he was Christian and started to preach them the truth. He was imprisoned and forced to offer sacrifice to the idols. But St. Gordios remained unshaken in his faith. After severe torments he passed away in 320 AD. Christians gathered his relics and buried them.

Poghiktos is the first martyr of the Armenian town Melitene. Thanks to his friend he adopted Christianity. He prohibited the reading of the King’s Charter before the idols and tore it into pieces. For that deed he was martyred being beheaded in 259 AD.

Grigoris was martyred in 549 AD as the result of persecutions of Persian King Denshapuh. Grigoris was Persian by nationality. Before baptism his name was Manajihr. During the reign of the Armenian Governor Mzhezh Gnuni he left for Armenia and was baptized and received a new name – Grigoris. Afterwards he entered a monastery and began to lead monastic life. When Denshapuh came to Armenia and found out that in the past Grigoris had been fire-worshipper, forced him to return to his old faith. But St. Grigoris did not betray Christ and was martyred.