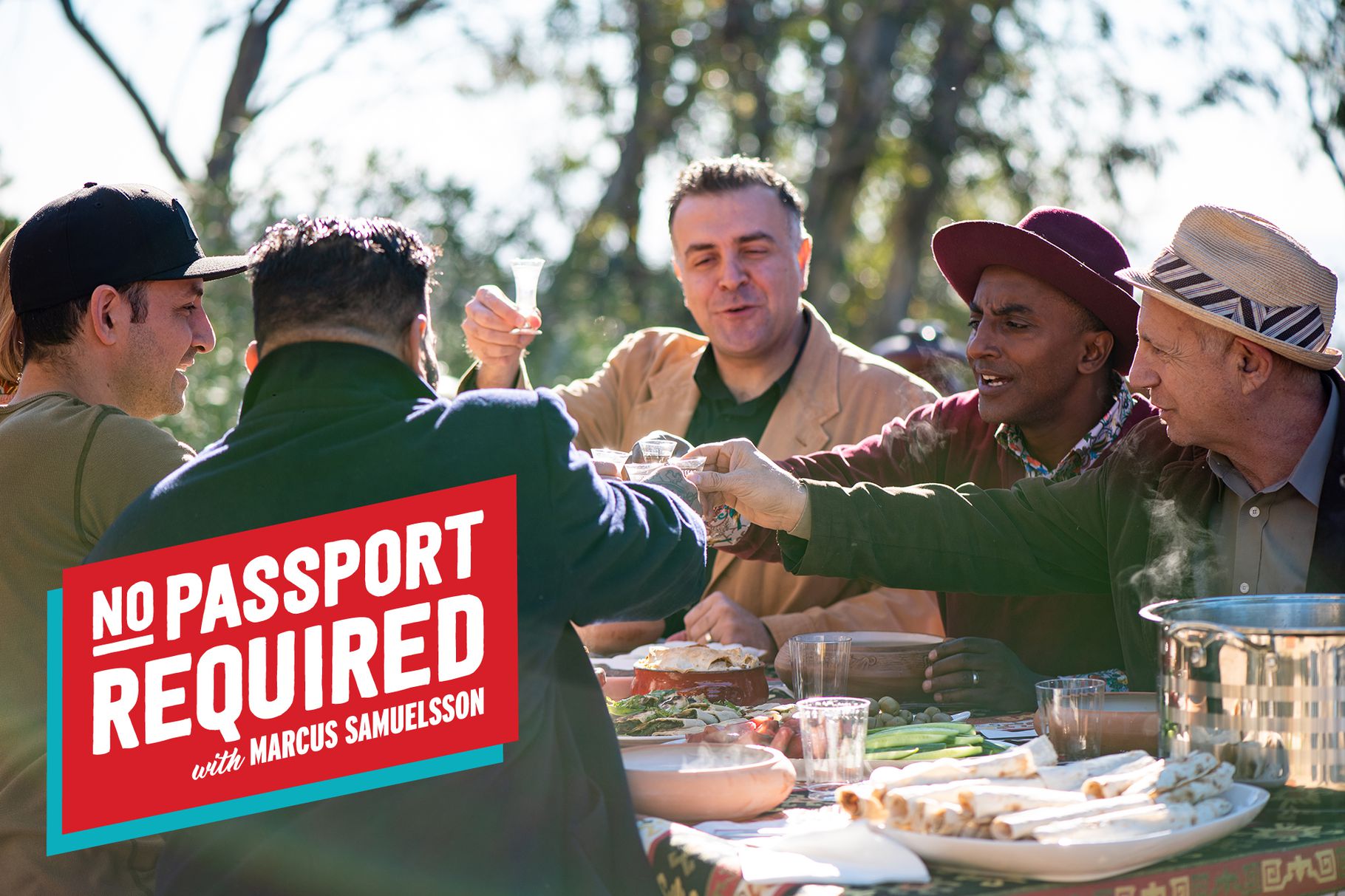 In the second episode of No Passport Required Season 2, host Marcus Samuelsson heads to Los Angeles to eat with and learn from the city’s large and diasporic Armenian community.

Samuelsson arrives in sunny Los Angeles to meet with Armenians influencing the city’s food scene. Armenian food is diaspora food — the community is widespread, building homes in countries such as Turkey and Syria following the Armenian genocide. Watch as Marcus gets to know the people preserving and growing Armenian food culture in LA and neighboring city Glendale. He tries traditional favorites like manti, ponchiki, and lule kebab, as well as next-generation takes including barbecue and even shawarma tacos.

Additional episodes: Each hour-long episode focuses on a different immigrant community in a new city: In addition to Los Angeles, the series travels to Seattle, where Marcus cooks with a Filipino community eager to preserve its food traditions while using key ingredients like ube and vinegar to create new ones; Houston (January 27), home to one of the highest numbers of West African expatriates of any U.S. city; and Philadelphia (February 3), where Italian Americans have thrived for generations. Other episodes focus on the Chinese-American community in Las Vegas (February 10), which has grown tremendously over the last 20 years, and Boston (February 17), where Marcus explores Portuguese-speaking cultures and cuisines from three different locales: Brazil, Cape Verde, and Portugal. The episodes air weekly on PBS, and all are available for streaming.

Missed Season 1? Stream full episodes from the entire first season now, or check out recaps and more intel on No Passport Required here.

Online and on social: Tag @eater, @pbs, and #NoPassRequiredPBS if you share clips, pictures, or quotes from the show. Check back on Eater LA tomorrow to see a map of the restaurants featured in the episode, and head to PBS to learn more about the show, find character bios, and get recipes to cook at home.