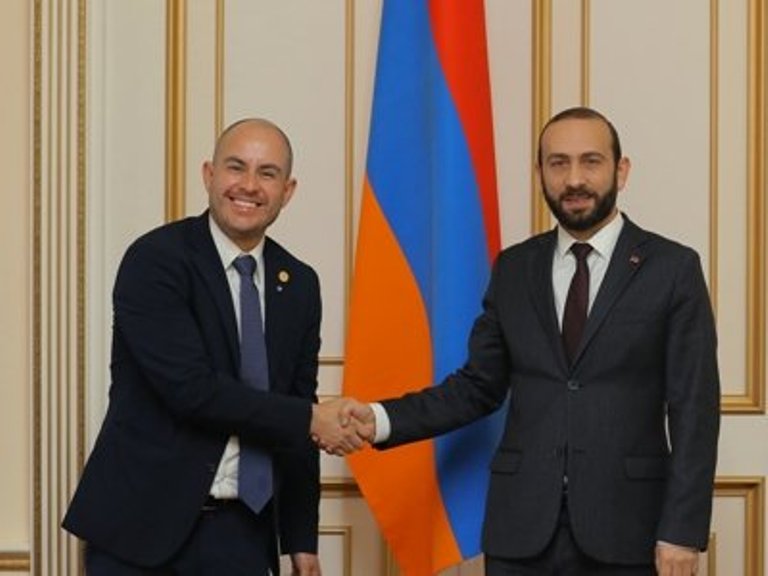 YEREVAN. – On January 20, the Speaker of the National Assembly (NA) of the Republic of Armenia (RA), Ararat Mirzoyan, received Adolfo Torres Ramirez, Chairman of the Mexico-Armenia Parliamentary Friendship Group at the Chamber of Deputies of Mexico.

Mirzoyan expressed confidence that the Mexican guest’s visit and contacts in Armenia will contribute to the further development of relations between the two countries, the NA informed Armenian News-NEWS.am. He also expressed confidence that the geographical distance between Armenia and Mexico cannot hinder the further warming of relations. Ararat Mirzoyan also voiced hope that the joint work of the friendship groups of the two countries’ parliaments would help make the contacts between the parliaments of Armenia and Mexico more effective.

They also spoke about the recognition of the Armenian Genocide and the Artsakh (Nagorno-Karabakh) problem. The RA NA Speaker expressed hope that the Mexican parliament would join the parliaments that have recognized the Armenian Genocide, and also stressed that Armenia expects a balanced position on the issue of Artsakh from its international partners.

Ramirez informed that work is underway in Mexico to recognize the Armenian Genocide, and promised to make efforts to make the current situation in Artsakh visible. He emphasized that the solution to the situation is, of course, peace.

Adolfo Torres Ramirez also expressed his great desire to deepen cooperation between Mexico and Armenia, and invited Mirzoyan to Mexico.

Ararat Mirzoyan noted that he would gladly host his Mexican counterpart in Armenia and would visit Mexico with pleasure.