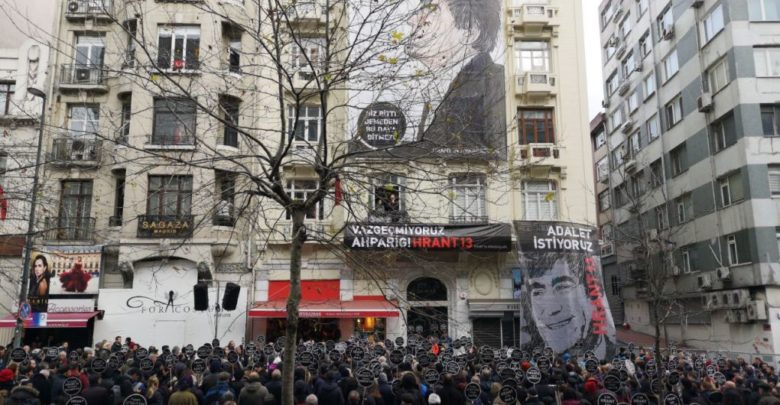 Editor-in-Chief of Agos newspaper Hrant Dink was commemorated at the time and place where he was assassinated on January 19, 2007, Bianet reports.

People started gathering in front of the building as of 2 p.m. chanting the slogans “Just to spite fascism, you are my brother Hrant” and “We are all Hrant, we are all Armenian.”

The voice record of Hrant Dink, where he told the memory of “Water has found its crack”, was also played during the commemoration.

Protesters and human rights activists placed red carnations on the spot where Dink was gunned down.

Hrant Dink, the editor in chief of Agos newspaper and an advocate of reconciliation between Turks and Armenians, was shot dead outside his office by then-teenager Ogün Samast who defines himself as Turkish nationalist. More than 100,000 people marched in the funeral procession for Dink.