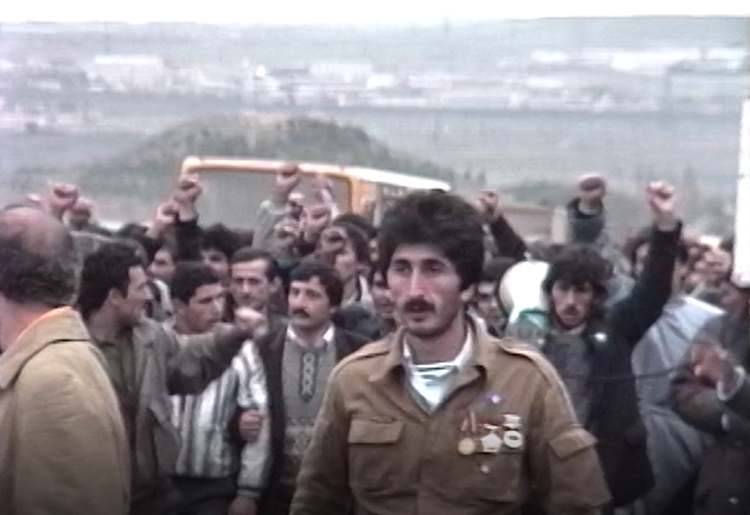 Reflections on the Baku and Sumgait Pogroms 30 Years Later • MassisPost

TORONTO – On January 13, 1990, a rally promoting anti-Armenian sentiment was held in Baku, the Azerbaijani capital of the USSR, after which the protesters were divided into groups and sent to designated addresses where the Armenian population of the city lived. For six days, under the initiative of the Azerbaijani People’s Front and the patronage of the local authorities, the Armenian population of Baku was subjected to inexplicable mass violence—beatings, rape, and murder. Many civilians were killed, injured, and tortured; some managed to escape and recount to the world the catastrophe they had survived. Baku’s population of 250,000 Armenians—an ethnic minority—was being expelled.

These events were preceded by violence a couple of years earlier. Since 1988, anti-Armenian propaganda was being disseminated in Azerbaijan, both in print publications and in open rallies. This anti-Armenian sentiment eventually led to violent events. From February 27 to 29, 1988, the Armenian population of Sumgait, Azerbaijan, was subjected to unspeakable massacres. For three days, the orchestrated slaughter of the city’s Armenian population took place. Atrocities by eyewitness survivors were documented shortly after the massacres, and, with the initiative of the Zoryan Institute, these accounts were published in the 1990 book titled The Sumgait Tragedy.

With the involvement and efforts of Samuel Shahmuratian, a political figure, journalist, and then deputy of the Supreme Council of Armenia, the book was to document the Sumgait crimes. Over 150 testimonies of victims and eyewitnesses of the violence allow the reader an intimate look at the firsthand horrors that Armenians faced. In her foreword to the book, Yelena Bonner, a prominent human rights activist in the former Soviet Union and wife of physicist and activist Andrei Sakharov, states that the foreword should have been written by the Azerbaijani woman featured in the book who, after saving an Armenian family from the attacks, said, “Look what’s happening out there, my child is seeing all of this, tomorrow he’ll be doing the same things.”

Thirty-two years have transpired since the Sumgait massacres and 30 years since the Baku massacres. The horrors of those days are still fresh in the memories of those who survived. Through the eyewitness accounts, the stories of these victims live on. As part of the mission of the Zoryan Institute, oral history accounts like those in The Sumgait Tragedy preserve the history of human rights abuses of the kind that took place in Baku and Sumgait. In the belief that a secure future for all is built on the unbiased evaluation of past events, preservation efforts of this kind pay homage to those who have been directly and indirectly affected by the senseless violence. As is integral to the mission of the Zoryan Institute, these preservation efforts also serve to raise awareness, educate the public, and extend hope in the direction of the future such that history does not repeat itself.