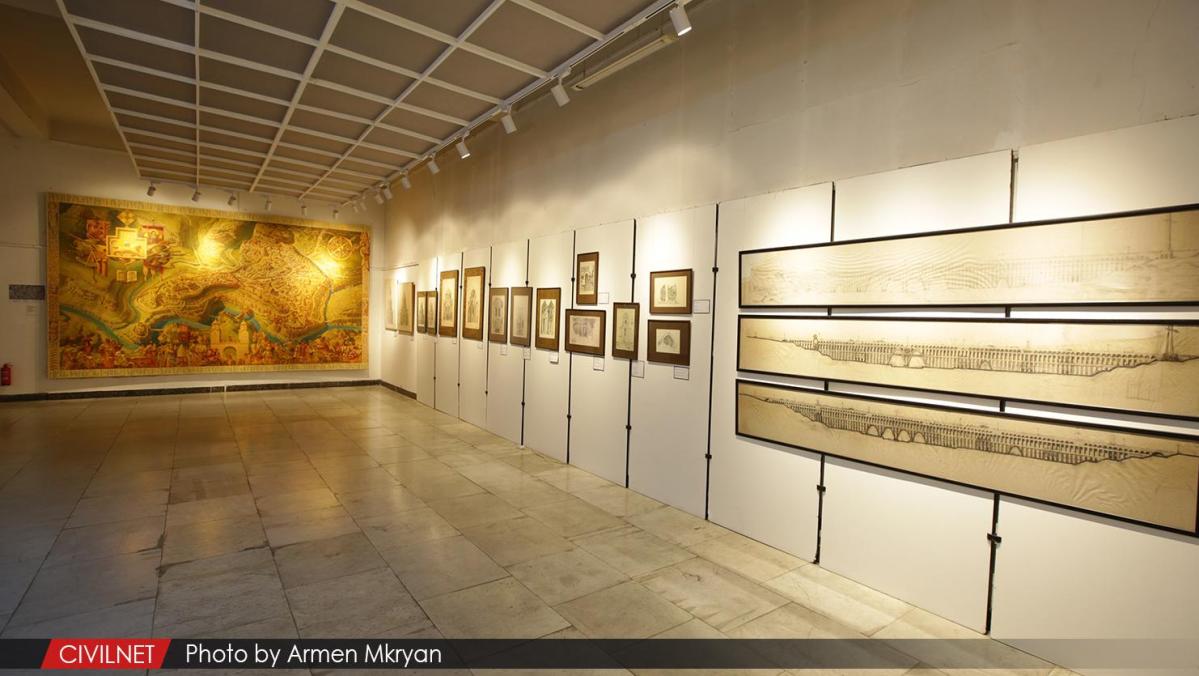 Big Plans Are in Store for Armenia’s Museum of Architecture

The Tamanyan Museum of Architecture located on Arami Street, near the famous Vernissage outdoor market has a new mission and a plan of action. Mark Grigorian, who was appointed as director of the museum in 2019, shared his vision and roadmap for the museum’s future with Civilnet.

Although it’s been operating for 30 years, 2020 is set to be an exciting new chapter for the museum, jam-packed with projects to provide intellectual nourishment for lovers of all things architecture.

Grigorian laments that though it’s been three decades, the museum has never had a permanent exhibition that displays Armenia’s vast architectural history. He added that the museum continues to face challenges and it needs to boost visitor numbers. “It needs to transform into a contemporary and modern museum,” he notes.

In addition to this, there are other interesting exhibitions in the plans for the architecturally curious.

First, on the occasion of his 85th birthday, a personal exhibition of Hrachya Poghosyan’s work is set to take place early this year. Poghosyan gained prominence for his contributions to Yerevan’s renowned modernist architecture.

Additionally, on April 7, 2020, in collaboration with Germany’s Goethe Institute, a non-profit cultural association which promotes cultural exchange, two exhibitions will be organized, one showcasing modern German churches and another showcasing modern Armenian churches. This showcase will give visitors a chance to view the content in each others’ context and in perspective to one another.

On top of that, to celebrate the 30th anniversary of the museum, a special exhibition will take place, displaying some of the museum’s oldest and most popular works from the past thirty years. A perfect opportunity for a quick crash course in Armenian architecture.

Grigorian and his team are also aiming to start two publications which will be released three to four times annually. One will include monographs about architects, and the other will be a brochure dedicated to the life and works of the titans of Armenian architecture.

Moreover, the museum is aiming to further expand its collaboration with non-government organizations to expand funding. Currently, the museum receives its funding from the Committee of Urban Planning, a governmental organization, and some other small grants.

For those planning to visit the museum sooner rather than later, there are two major exhibitions currently in place at the museum.

Firstly, in the big hall, an exhibition on the works of Mikael Mazmanyan, celebrating 120 years since his birth, is on display.

The second exhibit is entitled the “Lost Art of Graphic Design.” This exhibition will contrast the current trend of digital designs by showcasing how decades ago architects used simple tools to create intricate concept designs.

Armenian cities have a unique architectural style that reflect different time periods. From Persian, Tsarist, to Soviet and independence influences, the country is filled with stylistic characteristics from mementuous eras.

With these projects, the work of Mark Grigorian and his team in the coming year will provide Armenians and tourists with an exceedingly rich space where all things related to Armenian architecture can be viewed, studied and immortalized.