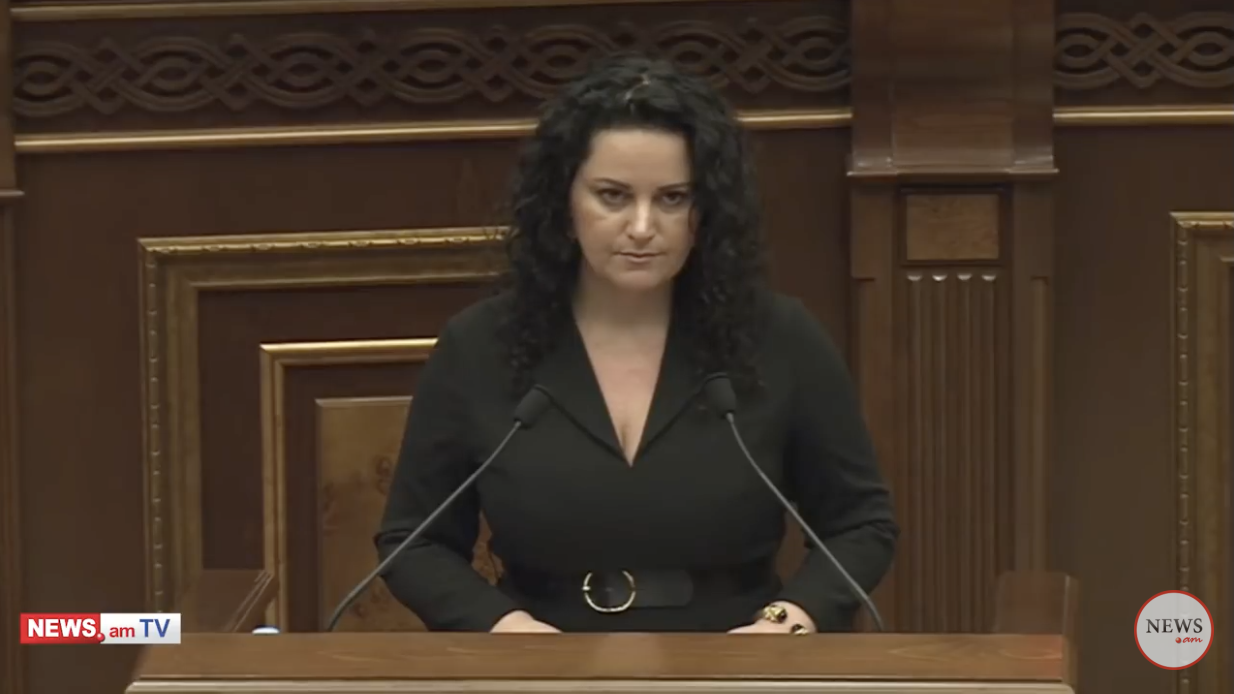 Anna Astvatsaturian Turcotte: I remember Azerbaijani man, whose arms I scratched to get away from his sweaty grip

The Armenian-American public figure, Anna Astvatsaturian Turcotte had a speech Saturday at the joint special session of the inter-parliamentary committee of the National Assemblies of Armenia and Artsakh, and dedicated to the 30th anniversary of these pogroms.

“We escaped to Yerevan a few weeks before the final massacre of Armenians in Azerbaijan in January of 1990,” she said. “We have spent months either hiding in our apartment or hoping that violence against Armenians would but it never ended.” “Finally my parents had a horrible feeling that something would happen to us,” she said adding that they left everything behind and fled. “We barely escaped in fall of 1989. Many of my neighbors and family friends were not so lucky.”

“It’s been thirty years, yet I remember these days as if it happened yesterday,” she added. “I can also remember the utter horror of being injured by a grown Azerbaijani man, neighbor, whose arms I scratched and hit to get away from his sweaty and enraged grip.”

“I imagine the sweet faces of my neighbors and relatives as if I saw them yesterday. I remember tyotya Janna, who was my best friend’s mother. She died in January 1990 at 35 years old. Her mother died of injuries and of a broken heart,” she noted adding that the woman’s son grew up in Russia as orphan.

“A stranger lives in my family’s house now, my neighbors were killed, my grandparents graves were bulldozed over because they were Armenian. Our friends and our relatives are now spread across the world form the US to Russia to Ukraine and Armenia,” she added.

She noted that the life of 350,000 people is like hers. But we are here as survivors now, she said adding that we have succeeded in different professions, in different places and we all support Armenia and Artsakh.

Anna Astvatsatryan noted that there is an anti-Armenian policy at the state level in Azerbaijan, and Armenia does not have a clear position, a consistent presentation on these events.  According to her, the presentation is made occasionally by Armenia, and Azerbaijan gets a great opportunity to present the story in its desired way.