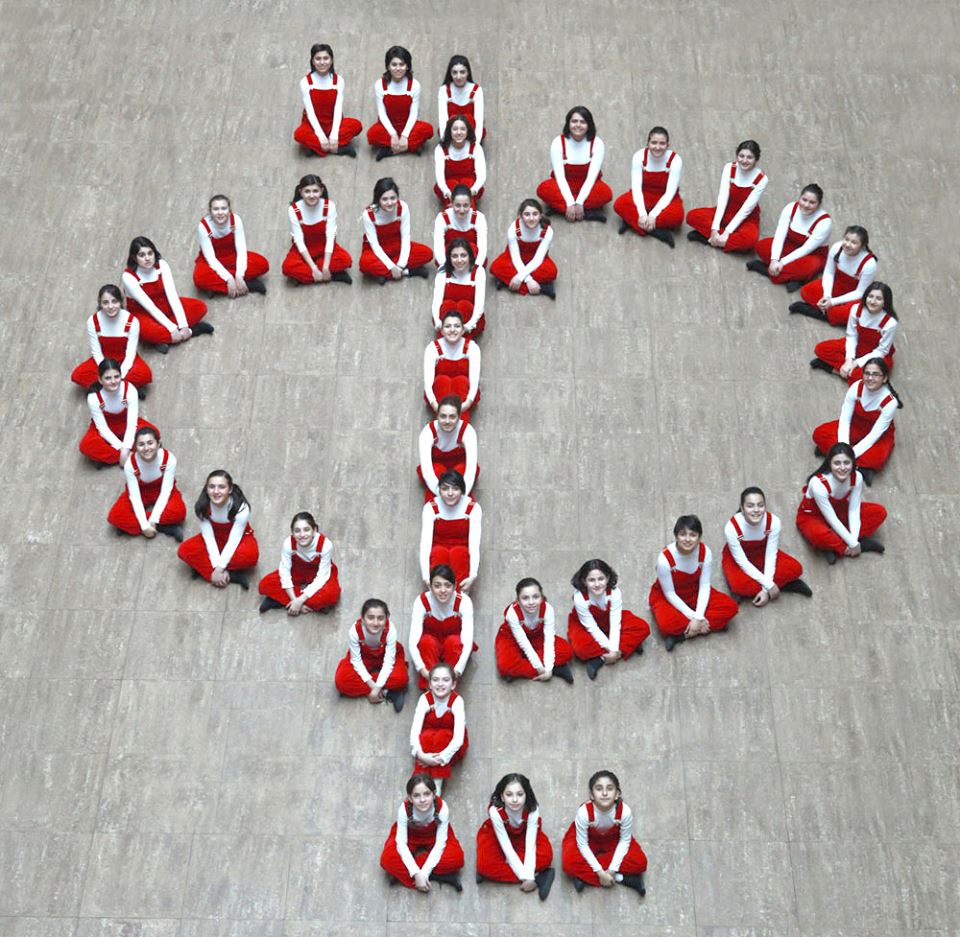 BERLIN — Last September the Armenian Little Singers (ALS), popularly known as the cultural ambassadors of Armenia, commemorated the 150th birthday of Komitas by participating in festivals in Germany and Lithuania. (See https://mirrorspectator.com/2019/10/10/armenias-cultural-ambassadors-celebrate-with-music/). In the New Year, they are continuing to honor the great musicologist and composer, by organizing a Choral Composition Competition (ALSCCC). This will be the fourth such competition taking place in the framework of international festivals dedicated to Komitas. The aim is to promote the creation of a new choral repertoire for children’s choirs.

The idea to launch the international festivals emerged in 2014, on the occasion of the 145th anniversary of Komitas. The ALS held a concert in Harichavank, where he lived and composed, and following the event, discussed preparing a new initiative. It was “new,” because no international choral festivals had been held in Armenia since 1993. Due to financial constraints following independence, the Ashtarak 93 International Choral Festival had not been able to continue its activities.

After much hard work, the new Komitas Festival came into being with the help of the ALS in 2017, who intended to make it an annual event. Held under the patronage and with the financial support of His Holiness Karekin II, Catholicos of All Armenians, the festival has been taking place since then with various events, in several formats, both at home and abroad.

In 2018 two choirs from France travelled to Armenia to take part: Le Choeur Voyageur from Bordeaux, under the direction of Alexi Dufor, and Maîtrise des Hauts-de-Seine Choir from Paris, directed by Gaël Darchen. The latter choir, considered the most prominent in France, performed in Yerevan and Gyumri, in historic sites such as the Garni temple, and the Harichavank and Geghard monasteries. In the capital they joined the ALS in a gala concert in the Aram Khachaturian Concert Hall. In the autumn, the Galan trio from Greece appeared in Vanadzor and Yerevan, presenting pieces by Komitas as well as new compositions.

The visiting musicians expressed their delight with Armenia, impressed by its ancient culture, its hospitable people, and – quite by chance – the Velvet Revolution which unfolded throughout the country that year.

In 2019, as mentioned, Germany and Lithuania hosted activities of the festival and the ALS. The events feature not only musicians – choirs, ensembles and orchestra – but also members of the performing arts and painters. There are plans to organize master classes, open workshops and seminars conducted by visiting artists. As Tigran Hekekyan, founder and director of the ALS explained, “The aim of the festival is to spread Komitas’s music, poetry and cultural heritage throughout the world, and to encourage cultural life in various regions of Armenia.”