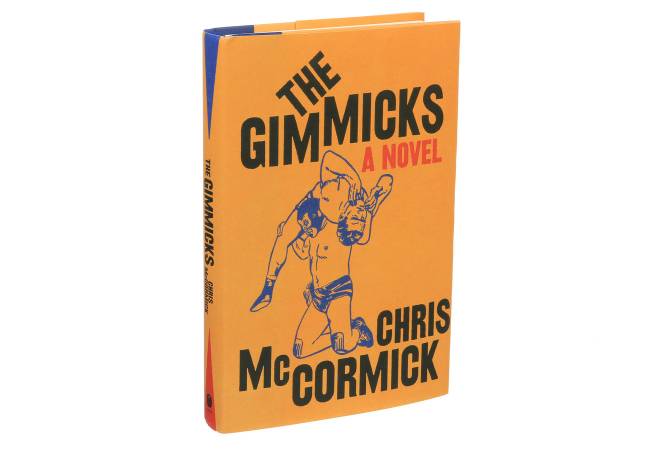 YEREVAN, JANUARY 10, ARMENPRESS. The New York Times has recommend 11 books to read during the book, among which a book by Chris McCormick called “The GIMMICKS”, which also refers to the Armenian Genocide. The developments take place in Armenia.

ARMENPRESS reports McCormick’s novel begins in the early 1970s, nearly 60 years after the Armenian genocide conducted by the Ottoman Empire. The story follows two cousins in Soviet Armenia who consider themselves brothers: Ruben Petrosian, a promising backgammon player obsessed with politics, and Avo Gregoryan, a large, sweet teenager who eventually becomes a professional wrestler in the United States. “A thumbnail sketch inevitably makes this novel sound overcrowded and jumbled,” our reviewer John Williams writes, “but McCormick keeps things admirably nimble, moving the stories forward while shuttling back and forth through time and across perspectives.”

Ruben Petrosian is a serious, solitary young man who cares about two things: mastering the game of backgammon to beat his archrival, Mina, and studying the history of his ancestors. Ruben grieves the victims of the 1915 Armenian Genocide, a crime still denied by the descendants of its perpetrators, and dreams of vengeance.

When his orphaned cousin, Avo, comes to live with his family, Ruben’s life is transformed. Gregarious and physically enormous, with a distinct unibrow that becomes his signature, Avo is instantly beloved. He is everything Ruben is not, yet the two form a bond they swear never to break.

But their paths diverge when Ruben vanishes—drafted into an extremist group that will stop at nothing to make Turkey acknowledge the genocide. Unmoored by Ruben’s disappearance, Avo and Mina grow close in his absence. But fate brings the cousins together once more, when Ruben secretly contacts Avo, convincing him to leave Mina and join the extremists—a choice that will dramatically alter the course of their lives.

Left to unravel the threads of this story is Terry “Angel Hair” Krill, a veteran of both the US Navy and the funhouse world of professional wrestling, whose life intersects with Avo, Ruben, and Mina’s in surprising and devastating ways.

Told through alternating perspectives, The Gimmicks is a masterpiece of storytelling. Chris McCormick brilliantly illuminates the impact of history and injustice on ordinary lives and challenges us to confront the spectacle of violence and the specter of its aftermath.