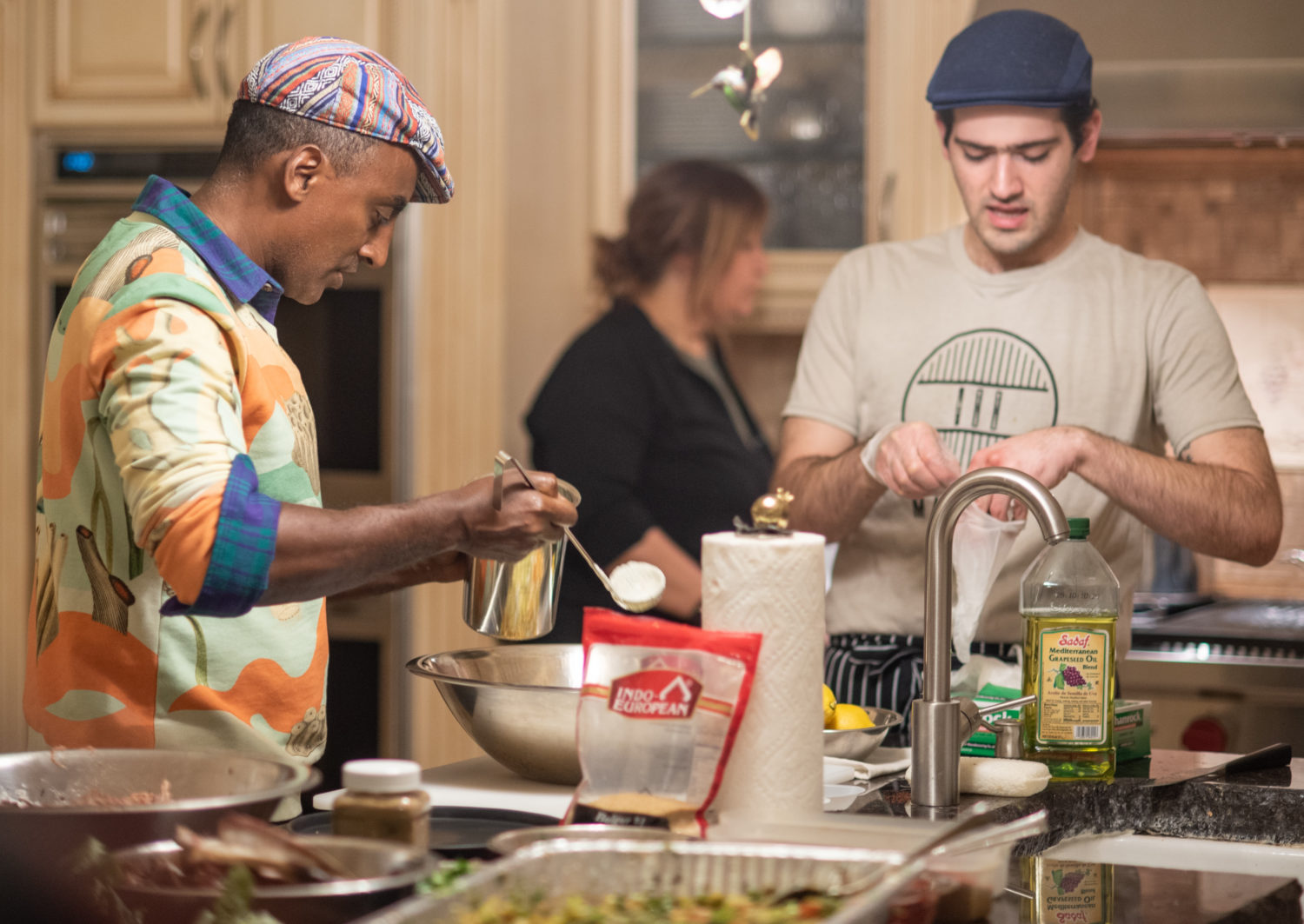 L.A.’S LITTLE ARMENIA KICKS OFF SEASON 2 OF NO PASSPORT REQUIRED WITH MARCUS SAMUELSSON JANUARY 20 ON PBS

No Passport Required with Marcus Samuelsson, which explores the food and communities of America’s immigrant neighborhoods,  kicks off season 2 on PBS January 20 with the premiere episode featuring L.A.’s Armenian community and cuisine.

“I discovered how extremely diverse the community is, whether it’s Persian Armenian or Turkish Armenian,” the New York-based Samuelsson tells L.A. Weekly. “It has so many geographically different entry points – which also means bringing a lot of different traditions together and says a lot about the strength of the community and their commitment to holding on to these traditions. I had some of the most delicious food and best conversations and saw how deeply proud these people are to be both Angelenos and Armenian.”

The premiere highlights the combination of younger chefs born in Los Angeles, blending new ingredients and techniques with traditional Armenian rituals passed down to them by their grandparents.

“You have the young caterer who is walking a walk between traditional Armenian food and ingredients you might find in French restaurants, balancing between rituals and spices and traditions,” says Samuelsson. “Some are using foie gras in their sausage, for example.  Then you see things like how pumpkin is used, yogurt and different dairy products combined with spice blends that have been used for hundreds of years. There’s a fine line between holding on to your rituals which started as cab driver food and create new versions of that for the Smorgasburg crowd.

An immigrant himself, Samuelsson’s inspiration for the series came from Jonathan Gold opening our eyes and our minds to immigrant communities.  Los Angeles offers what his adopted hometown of New York doesn’t — it is vast and big and it’s not one thing.

“Restaurants are not the only way to express being a food town, and L.A. is an incredible food city,” he says. “It can be food trucks or markets. And especially in the Armenian community, which keeps it in the home as a meeting point for people young and old to get together to hold on to traditions. Restaurants might not be where all the food is. Some of the best meals are kept at home. You find that a lot in immigrant communities, rituals being kept. And that’s what we really dive into in this episode — great food, tradition and conversation.”

Other upcoming episodes will journey to Houston for West African food, the Italian American community in Philadelphia and the Chinese community of Las Vegas. Samuelsson will also venture to the greater Boston area to learn more about the Portuguese, Brazilian, and Cape Verdean diasporas.

“Americans in general are always curious about their neighbors in their cities and communities and eager to learn,” says the James Beard Award-winning Top Chef Master. “The best way to learn about culture is through food and I’m proud that this show highlights that.”