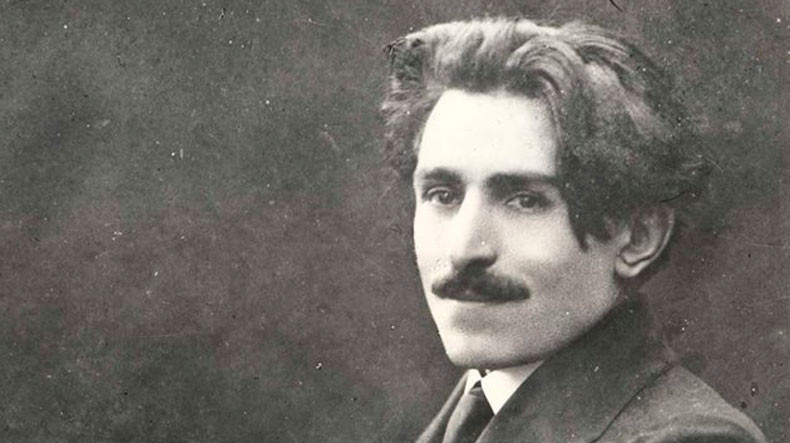 January 7 marks the 100th death anniversary of Armenian poet, lyrist and public activist Vahan Terian. He is known for his sorrowful, romantic poems, the most famous of which are still read and sung in their musical versions.

Terian was born in the Gandza village of Javakhk region in Georgia. Schooled in Tiflis, he then studied at the Lazarian College in Moscow, where he was exposed to symbolism and joined the Russian Social Democrats. He was jailed by Czarist police for his political activity. He is mostly known for his poems dedicated to autumn and love. That’s why Teryan is known as “Singer of Autumn” in Literature. He published his first book of poems, “Dreams at Dusk”, in 1908, which made him an immediate sensation, Hovhannes Tumanian calling him the most original lyric poet of his age. He later published “Night Remembrance”, “The Golden Legend”, “The Return”, “The Golden Link”, “In the Land of Nairi” (where he substitute the word ‘Nairi’ for each instance where the word ‘Armenia’ would have suited), and “The Cat’s Paradise”. His poems are filled with images of rain, mist, pallid fields and shapeless shadows, symbols of sorrow, despair and eventually, peace.

In 1913, Terian left Moscow University for the University of St. Petersburg, where he majored in oriental languages, intensifying his political involvement. After the revolution he became representative of Armenians in the Ministry of Nations, personally working with Lenin and Stalin. He died in Orenburg of tuberculosis shortly before his 35th birthday. Each year there is a commemoration of his life in Javakhk region (Akhaltsikhe and Akhalkalak), at Gandza village, where he was born.