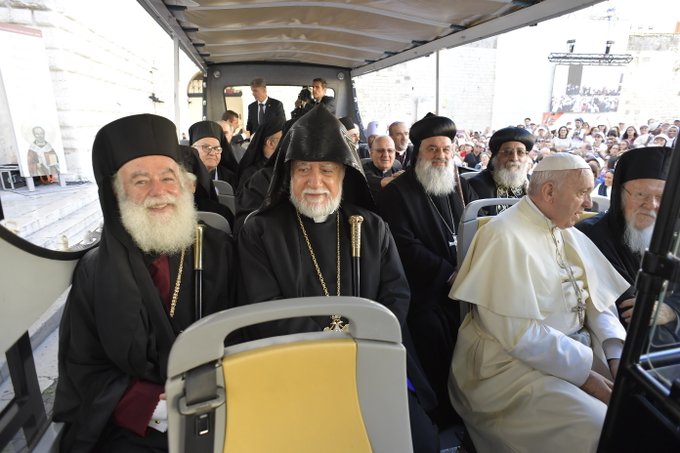 JUST IN: Pope Francis to Return to Bari in February, Marking 1st Confirmed Travel of 2020

It’s official: Pope Francis will be returning to the southern Italian city of Bari this February, marking the Pontiff’s first confirmed travel outside of Rome this New Year.

According to a bulletin this afternoon with a calendar of Francis’ liturgical events in January and February, it was written that on Sunday, Feb. 23, Pope Francis will be celebrating Mass at the “Mediterranean: Frontier of Peace” encounter, taking place in Puglia’s capital in those days.

Francis has been to Bari before. ZENIT Senior Vatican Correspondent, Deborah Castellano Lubov, followed the Pope’s last trip there on the ground, where he, along with Patriarchs of the Middle East Churches gathered in an ecumenical gesture for peace.