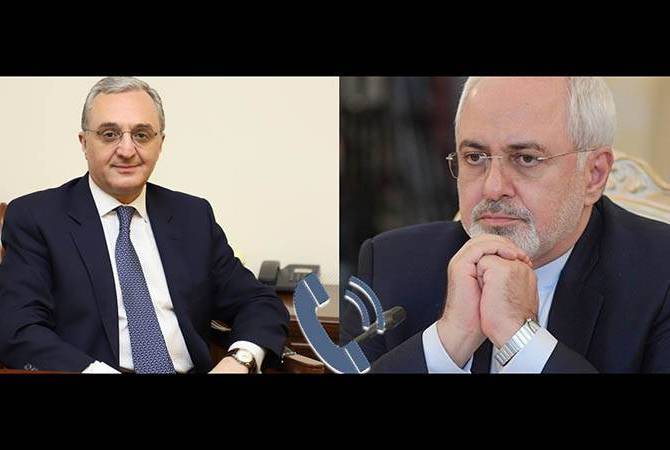 YEREVAN, JANUARY 4, ARMENPRESS. On January 5, at the initiative of the Iranian side, the Foreign Ministers of Armenia and Iran – Zohrab Mnatsakanyan and Javad Zarif held a phone conversation.

The Foreign Minister of Armenia underlined Armenia’s readiness to continue close cooperation with all its partners towards the regional stability and security.