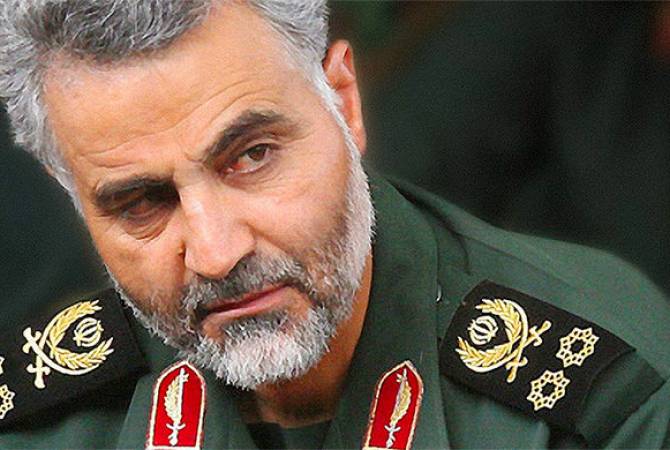 YEREVAN, JANUARY 4, ARMENPRESS. Azerbaijani news media are taking advantage of the killing of Iranian General Qassim Soleimani to actively spread yet another disinformation campaign, this time aimed at harming the friendly relations between Armenia and Iran.

According to Info Check, an online fact checking platform, the Azerbaijani propaganda machine is spreading fake news claiming that Armenian PM Nikol Pashinyan has “congratulated” US President Donald Trump through a letter on the airstrike that killed Major General Qassim Suleimani, the commander of the Quds Force of the Islamic Revolutionary Guards Corps of Iran.

But the Armenian PM has not sent any such letter to Trump, and this fake news spread by Azerbaijani media is yet another attempt to harm the Armenia-Iran ties.

It is noteworthy that the Azerbaijani news media cited an information posted on a Facebook account, which is obviously a fake page used for disinformation distribution.

Major General Qassim Suleimani, the commander of the Quds Force of the Islamic Revolutionary Guards Corps of Iran, was killed in a drone strike at Baghdad International Airport that was authorized by President Donald Trump. Suleimani was killed along with several officials from Iraqi militias backed by Tehran. The air strike as carried out by a US MQ-9 Reaper drone when Suleimani’s convoy was leaving the airport.

The Armenian foreign ministry expressed concern around the developments and called for de-escalation of the situation exclusively through peaceful means.