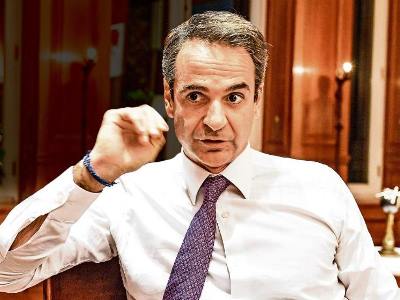 Greek Prime Minister Kyriakos Mitsotakis warned Turkey not to cross the red line, the Globe and Mail reported referring to the agreement on maritime borders signed between Turkey and the Libyan government.
The agreement aims to create an exclusive economic zone from the southern Mediterranean coast of Turkey to the northeastern coast of Libya. Greece and Cyprus, which have long had maritime and territorial disputes with Turkey, believe that the deal is invalid and violates international law of the sea.
In the same interview, the Greek PM noted that if Athens and Ankara could not resolve the differences on the maritime zones in the Mediterranean, they should appeal to the International Court of Justice in The Hague to resolve them.