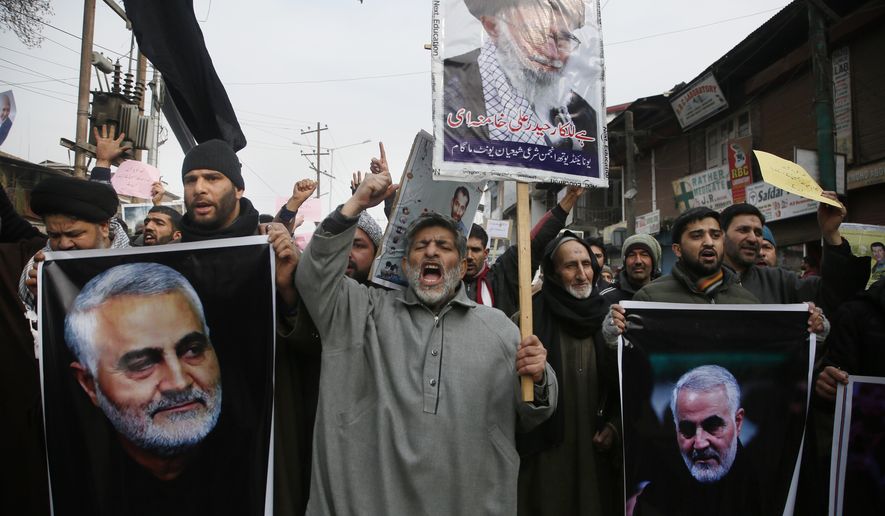 Christian group warns of ‘chaos’ in Iraq after U.S. strike

“For Iraqi Christians who have already felt the weight of militia aggression, the implications of these attacks spark mixed emotions,” said Claire Evans, regional manager for the Middle East for International Christian Concern, a Washington-based organization. “Many await with fearful anticipation to see what the future now holds.”

The International Christian Concern also on Friday released interviews with anonymous Iraqi Christians expressing sobering premonitions about the next steps Iran’s military and its tacitly supported militias may take against minority Christians within Iraq’s Ninevah Plains.

“I am not happy by the murdering of [Abu Mahdi] al-Muhandis and Soleimani because I know every action has [a] reaction,” one said. “There are political results for the incident and all will be in Iraq. Iraqis will suffer from the possible war between [the] U.S. and Iran targeting each other.”
Muhandis was the deputy commander of Iran-backed militias in Iraq known as the Popular Mobilization Forces.

Airstrikes at the Baghdad airport ordered by President Trump killed Soleimani, head of Iran’s Islamic Revolutionary Guard Corps’ Quds Force. Soleimani has long been blamed by the U.S. for orchestrating bomb attacks on U.S. servicemen and women during the second Iraq War. The Christian group says military violence at the beginning of the century prompted the “first wave” of Christian immigration from Iraq.