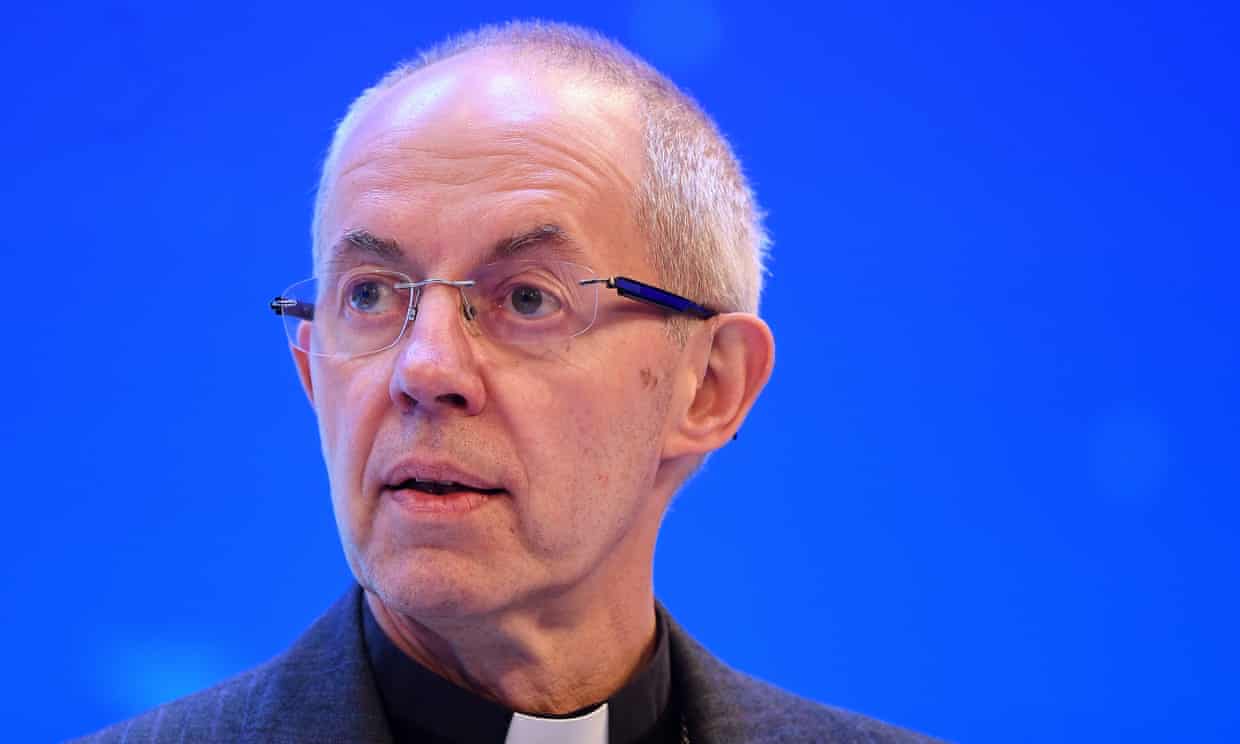 The archbishop of Canterbury will urge people to make personal connections with others in 2020 to create a new unity in a divided society.

In his new year message, to be broadcast on BBC One at 1pm on Wednesday, Justin Welby will say: “Let’s go for a heroic new year’s resolution. Let’s resolve to reconnect. To reach out to just one person we don’t know, or from whom we have drifted apart.

“Pick one person. Pick up the phone. Send them a text. Meet them for a cup of tea. Make that connection. Let’s begin cementing our unity one brick at a time.”

Welby recorded his message at Dover lifeboat station, saying: “As we wonder how we are going to start healing some of the divisions that we’ve seen over recent years, the sort of people at this lifeboat station are signs of hope.”

More than 70 volunteers keep the lifeboat service operational 24 hours a day, 365 days a year. The seagoing crew ranges in age from 17 to 62 and includes a student, a train driver, a chef and an electrician.

“When their pagers go off, day or night, they’re prepared to risk everything to rescue whoever needs their help,” Welby says.

“We rightly think of lifeboat crews as heroic, although they may be embarrassed to hear that. Yet every time we reach out and connect with someone, it is an act of heroism. Don’t underestimate it.

Connecting with others could involve joining a voluntary organisation or a charity, sorting donations at a food bank or joining a lifeboat crew, Welby says.

“When we hear someone described as a good Samaritan, we think about that person taking the time to help another. But it’s a story told by Jesus about someone taking the risk of reaching out to another who was very different to them. Yes, the person needed help – but they also needed connection.”

He says Jesus “took the risk of connecting with people who were separated from him”.

In a forthright article marking the start of a new decade, Paul Bayes, the bishop of Liverpool, said the past decade had been “low and dishonest”.

He wrote on Viamedia: “Just as in 1939 (or still earlier, in 1914), the complacent assumptions of a sunny liberalism have been shaken out. The shadows are in focus once again.”

Referring to a “time of untruth”, Bayes wrote: “I do not only mean by this that our political leaders lie to us. They do, but this is not the worst of it. Worse than lying is the shamelessness that sees no sin in lying, that knows there will be no penalty to being caught lying, that pays no penalty, that systematically devalues truth in the pursuit of popular power.”

He went on: “In a time of untruth, Christianity itself can be weaponised and distorted like everything else, made into a tool of national populism.” Populist politicians in the US, Italy and Hungary were attempting to appropriate the Bible and the cross, he said.

While urging the truth to be told, Bayes said: “The last thing that the world needs is a harrumphing self-righteousness from Christians who do not see the glass house in which they live.” He said the church was “a fallen and a broken community”.

Cardinal Vincent Nichols, the Catholic archbishop of Westminster, urged people to pray that the new government would “strive both to create opportunities and respond to those most in need in effective and lasting ways” and that businesses and financial institutions would act to strengthen “bonds with and within the societies in which they operate”.

He further called for prayers “that each of us – every person in our society – will shun all forms and expressions of hatred against others. The recent antisemitic graffiti in north London bring shame to us all. Such hatred can have no place in our way of life. Only when we see the good in each other will every person feel welcomed and unafraid.”