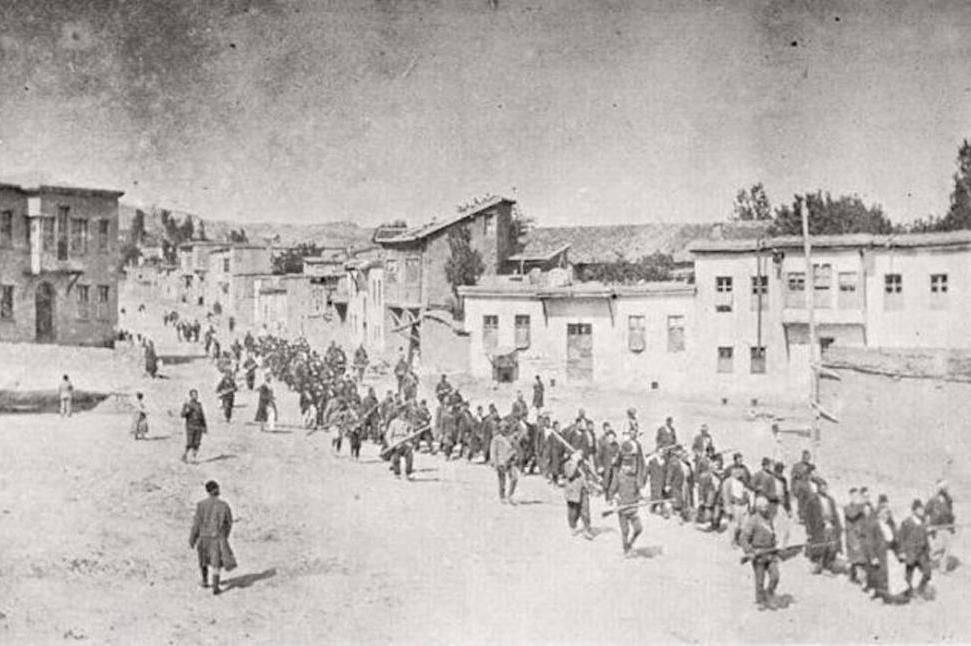 New documents suggest the Armenian genocide was both sanctioned and assisted by leaders of the Ottoman Empire in Istanbul.

July 23 (UPI) — Between 1914 and 1923, during and after World War I, hundreds of thousands of Armenians living in Turkey were systematically rounded up and murdered. Thousands more were forced to flee their homes. Some estimates put the death toll at more than 1.5 million.

Now, researchers say newly discovered documents suggest the Armenian genocide was both sanctioned and assisted by leaders of the Ottoman Empire in Istanbul.

The fact that the Armenian genocide happened is well-accepted within academic circles. However, the Turkish government has continued to deny the culpability of their predecessors.

“The Armenian diaspora is trying to instill hatred against Turkey through a worldwide campaign on genocide claims ahead of the centennial anniversary of 1915,” Turkey’s president, Recep Erdogan, said in 2015. “If we examine what our nation had to go through over the past 100 to 150 years, we would find far more suffering than what the Armenians went through.”

Erdogan’s sentiments aren’t without the support of the vast majority of the Turkish population. As the New York Times reported in 2015, a poll conducted by the Center for Economics and Foreign Policy Studies, an Istanbul research organization, fewer than one in ten Turks believe the government should label the atrocities genocide and apologize.

“Turkish government officials continue to use the same argument, the argument that the Ottoman government never had the intent,” Taner Akçam, an Armenian genocide expert and history professor at Clark University in Massachusetts, told UPI. “They accept that there were casualties and some massacres, but they claim the Ottoman government was not able to control the remote areas and that some Kurdish tribes or bandits or some other group, they committed these kinds of crimes.”

What was missing, Akçam said, was a “smoking gun” linking the atrocities to the Ottoman government. That’s exactly what Akçam found.

“This new evidence is a major blow against Turkish denialist arguments,” Akçam said.

His discovery suggests the genocide was indeed carried out on periphery, not by rogue agents and bandits, but by provincial governors. These governors were in communication with and assisted by leaders in Istanbul.

“This shows the radicalization process started in the provinces,” Akçam told UPI.

The evidence, a series of telegrams transcribed, decoded and signed by Turkish officials, was discovered among a slate of new documents released into the Ottoman archive, a collection of historical documents in Istanbul, organized by the government and made available to researchers.

The newly discovered letters feature the first unambiguous use of the terms “extermination” and “annihilation” by Ottoman officials, both among the provinces and in Istanbul. Analysis of the signatures confirmed several of the transcribed telegrams were authored by Bahaettin Şakir, head of the para-military Special Organization and one of the architects of the Armenian Genocide.

Though the plan to exterminate all of the Armenians living in Turkey began as a provincial idea, the new evidence suggests Istanbul was eventually convinced to back the genocidal approach.

In addition to the documents retrieved from the Ottoman archive in Istanbul, Akçam also discovered similar letters — transcribed telegrams — that were used as evidence in tribunals organized by the postwar Ottoman government.

“There were 63 different trials and more than 200 defendants,” Akçam said. “The materials from these court procedures went missing. Government officials never made these court proceedings available to researchers.”

Researchers only knew about these tribunals from reports written by daily newspapers in Istanbul. A few of the verdicts were also published by the Ottoman government. But some of the documents from these tribunals ended up in the private archive of a Catholic priest in Armenia.

Among the tribunal documents, Akçam found transcribed telegrams using the same coding system — a series of Arabic letters and numerals to represent words and suffixes — found among the letters unearthed from the Ottoman archive.

“I went to the Ottoman archive, I discovered that this four digit coding system was the same for both sets of telegrams,” he said. “The authenticity cannot be disputed, this was the major discovery.”

The transcribed telegrams provided further evidence of communication between those carrying out the genocide in the provinces and military and political officials in Istanbul, including messages that Akçam characterized as “killing orders.”

As to why these revealing documents were publicly released by a government intent on denying its predecessors culpability, Akçam guesses officials simply didn’t read them thoroughly. The documents in the archives were summarized by officials before being released, and the summaries of the newly discovered telegraphs mention nothing of the details relating the Armenian genocide.

Akçam said his discoveries, summarized in the Journal of Genocide Research, will further solidify the truth of the Armenian genocide. It’s a truth he hopes will soon be accepted by the Turkish government.

According to Akçam, the genocide has implications for the political situation in modern Turkey.

“Turks and the Turkish government has the same problems today with Kurds as the Ottomans had with Armenians in the past,” he said. “Armenians were making demands for legal and social equality. The Kurds are making similar demands today.”

As a result, Akçam said, the Kurds have been labeled as a security threat and the Turkish government has attempted to suppress these democratic demands.

According to the historian, reconciling with the record of the Armenian genocide is essential for improved relations between Turkey and its neighbors.

“Speaking regionally, if you continue this policy of denialism, this means you have the potential to repeat the same policy against your neighbors,” Akçam said. “This is why many of Turkey’s neighbors consider the Turkish government a security threat. Without reconciling history, peace will not be achievable in the region.”