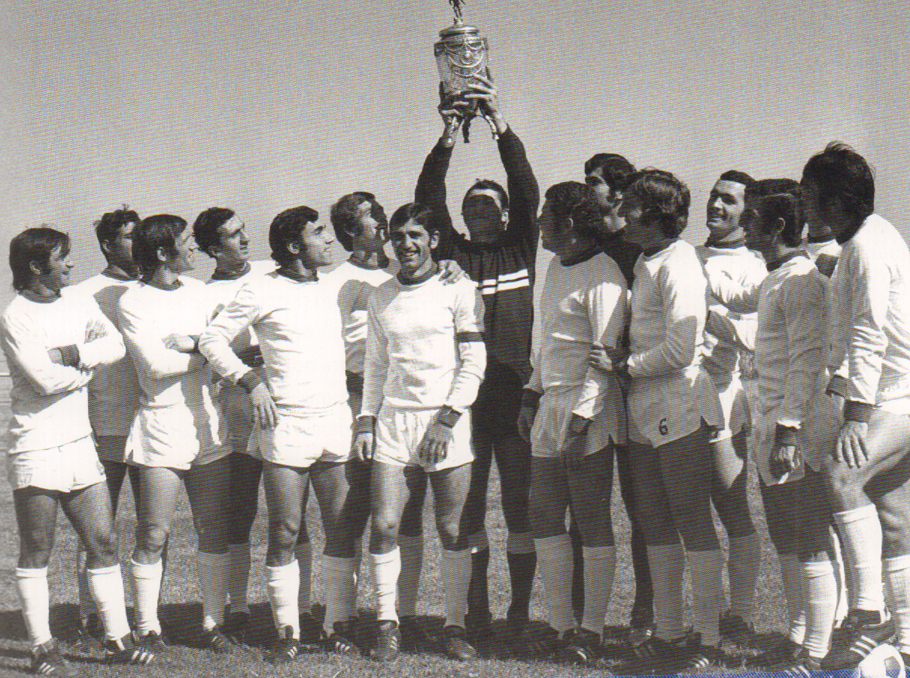 In One Shot: Happy Ararat with the USSR Cup

1973 was a year of football and success for the Armenian nation: FC Ararat had a mad season, winning game after game and crowning the achievements with a domestic double – the USSR Championship and Cup.

The win over Dynamo Kyiv in the cup final was one of the best examples of unity and the resolution to fight until the end.

This edition of Mediamax Sport’s In One Shot columns recalls the final and takes us back to the photo, made in 1973, which depicts happy Ararat players posing with the USSR cup.

In the 61st minute of the match, Dynamo’s Viktor Kolotov put the Ukrainian team ahead with a flawless penalty. One minute before the end of the game, Levon Ishtonyan equalized. He proceeded to score the winner in the 103rd minute, helping Ararat win the club’s first USSR Cup.

“We were greeted by a huge crowd in the airport in Yerevan. It took us four hours to get to the city. People would have carried the bus if they could. I had never seen anything like and I don’t think I ever will again. We won over the hearts of the people. We made history,” said Eduard Markarov, who played for Ararat as forward.

The players were back, but they had no time to celebrate: they were still fighting in the championship. Nevertheless, the team found time to make a photo.

Wearing white kits and wide smiles, the first USSR Cup winners in the Caucasus shone in front of the camera as much as on the pitch.

Unfortunately, many of the players depicted on the picture are no longer with us: the legendary captain Hovhannes Zanazanyan, goalkeeper Alyosha Abrahamyan, Alexander Kovalenko… But as long as the fans of Ararat ’73 are around and people remember the achievements of that team, they will live on.