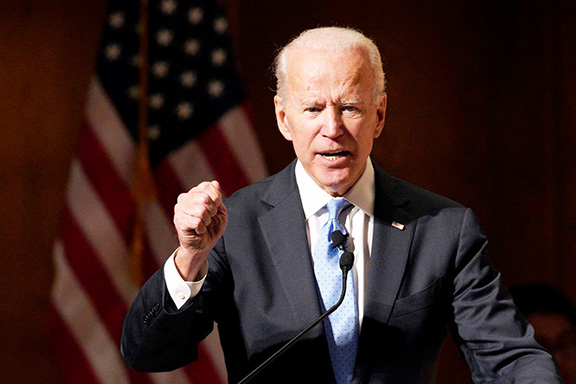 That’s a fair question. It’s one that is likely being asked by Armenian American voters in key primary states, from California to Massachusetts.

There’s the Joe Biden who strongly fought denial of the Armenian Genocide as a U.S. Senator.

Then, there’s the Joe Biden who was part of an Obama/Biden Administration, that came into office having promised to recognize the Armenian Genocide. But which, once in office, doubled down on U.S. complicity in Turkey’s obstruction of justice for this crime.

It’s not some innocent tale about two policy novices, in over their head, making naive and unrealistic political promises.

This was a political move by two well-informed, fully-briefed veterans of the U.S. Senate Foreign Relations Committee—Barack Obama and Joe Biden. Their public records on this issue are far too extensive (and well documented) for them to plead ignorance as an excuse.

They knew what they were doing.

Having gotten what they wanted—in the form of votes and support during the 2008 election—they not only turned their back on their pledge, they went all-in for Turkey’s denialist campaign in Washington, D.C. Along the way, they tossed those they promised under the bus. No meetings. No explanations. Certainly no apology.

Instead, Armenian Americans got:

Seven years into their time in office—with Turkey having made a mockery of the Protocols and the eyes of the world upon the Administration during the Armenian Genocide Centennial in April of 2015—they had a chance to get it right.

But, they doubled down again.

No hope. No change. Just denial.

So, the question remains: Which Joe Biden?

He had two years to tell us what he thinks.

Now, it’s our chance to show him where we stand.