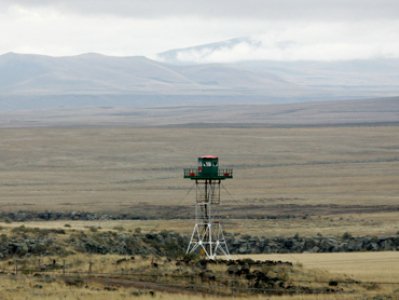 YEREVAN. – The Prosecutor General’s Office of Armenia has sent to court the case on four Indian citizens who are charged with attempting to illegally cross the Armenian-Turkish border.

Armenian News-NEWS.am has learned from the judicial information system that the four defendants have been remanded in custody.

As per the respective indictment, at around 8pm on November 7, 2018—and according to a preliminary arrangement and as part of a group—Indian nationals Manpreet Singh, Randhir Singh Sandhu, Narinder Singh, and Jugraj Singh had attempted to illegally cross the state border of Armenia and pass to Turkey without any required documents and proper permission, from Pshatavan village of Armenia’s Armavir Province. But once the electronic border alarm went off, these accomplices were apprehended by the Russian border guards who are stationed in Armenia.

These four Indian citizens were charged with illegally crossing the state border, with a preliminary agreement by a group of persons.

According to the preliminary investigation, these Indian nationals had come to Armenia to subsequently—and unlawfully—reach EU member countries via Turkey.