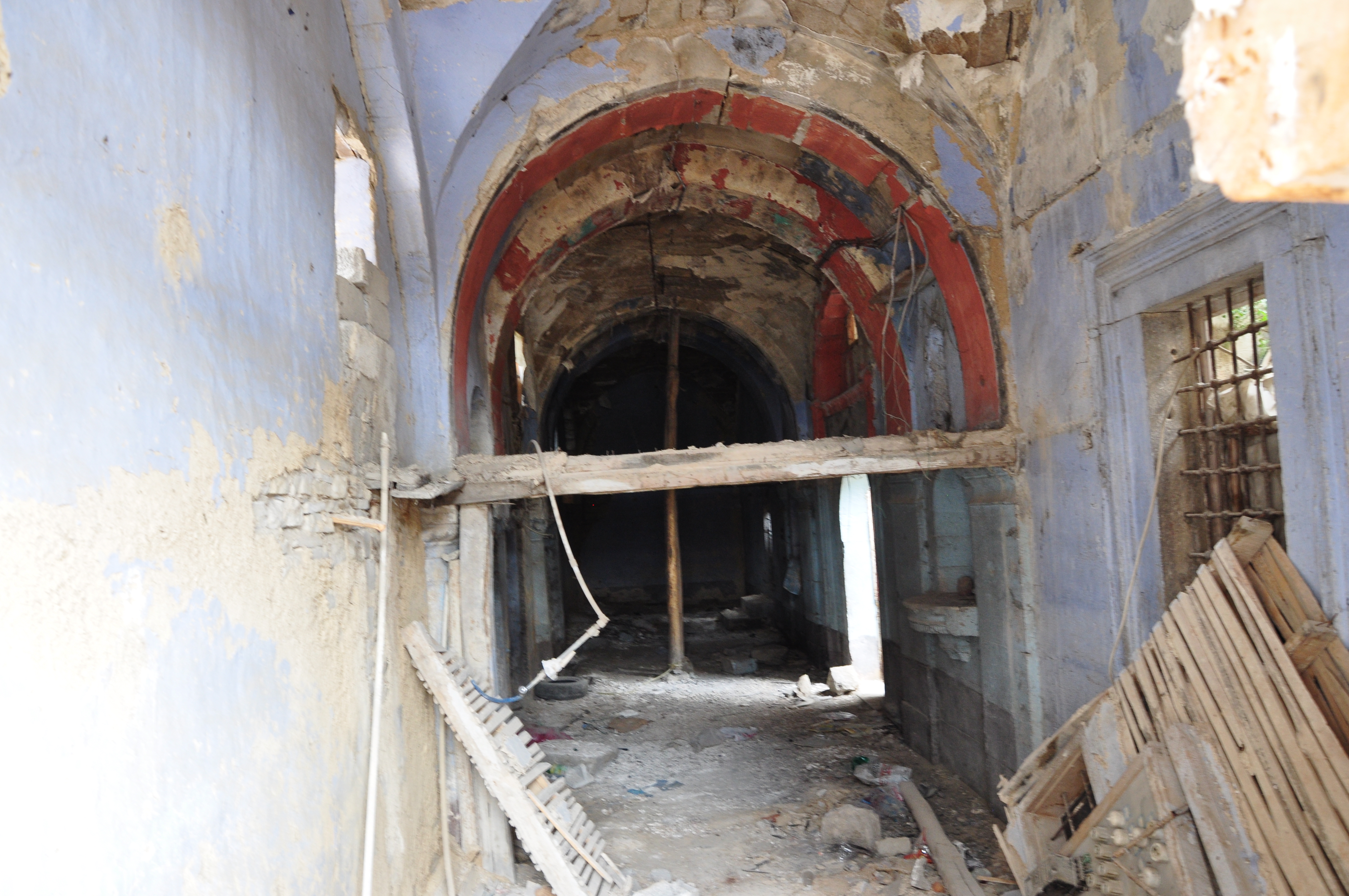 The Many Lives of a Church in Gurin

During my numerous trips to our historic homeland, I have witnessed tragic and quite common sites found in the remnants of our ancient churches, re-purposed into barns and mosques, and many times even outright destroyed. In rare cases, however, one finds something different happening.
In 2013, while traveling from Malatia [Malatya] to Gesaria [Kayseri], I had occasion to stop in Gurin [Gürün]. The town of Gurin in the province of Sepasia [Sivas] was home to a significant Armenian population on the eve of the Armenian Genocide—some estimate as many as 10,000.
There were known to be four Apostolic, two Catholic and three Protestant churches in Gurin. In 2013, the remains of one of the churches were still prominent, though in a precarious condition. A number of historic buildings in the area of the church had been restored, and representatives from the municipality indicated they also desired to repair the Armenian church.
The church itself has been thought to be the Apostolic mother church—Soorp Asdvadzadzin, built between 1810 and 1815, though some have attributed it as the main Catholic church instead.
The descriptions of Sp. Asdvadzadzin do seem to match the current structure. It is near the Grand Mosque (Ulu Cami), contains three altars and a large narthex through the west entrance. The church had high arches, but no dome.
After 1915, the church has served as a prison, warehouse, and movie theatre. The stated goal of the planned restoration was to convert the structure into a museum or cultural center.
Two weeks ago, I again passed through Gurin and viewed the church. It is now in the process of restoration, and it appears the work being done is quite serious. As it was an active construction site, I was unable to enter the church, but I took a number of photographs.

In my initial visit six years ago, I was able to photograph the tombstone of one Simon Terjanian, dated September 7, 1894. Unfortunately, the stone was no longer on the church grounds, and the workers did not know its fate. One can only hope that the stone had been removed for preservation before the reconstruction work had begun. Though if past experience is any indication, it is more likely that the stone was destroyed.
One may find solace in the restoration of this church, unlike most Armenian churches in Turkey. Yet that is not enough. If in its new life, the building will be converted to a cultural center, it must also reflect the culture of the church, that of the Armenians of Gurin. I cannot say if there are any Armenians remaining in Gurin, but the odds are high that there are. They should be able to feel that the church is their home–a place to congregate, learn and educate others about Armenian presence on that land, in that town. There are many sources that could be made available through the center, including the 800-page tome Badmakirk Giurini [Beirut, Sevan Press, 1974].
I am not pretending that such a suggestion is a solution, but it is better than a cynical attempt at extracting tourism dollars from Armenians yearning to see their ancestral homeland. There are Armenians living in our homeland, and any effort at restoring Armenian cultural sites should reflect their needs.
George Aghjayan