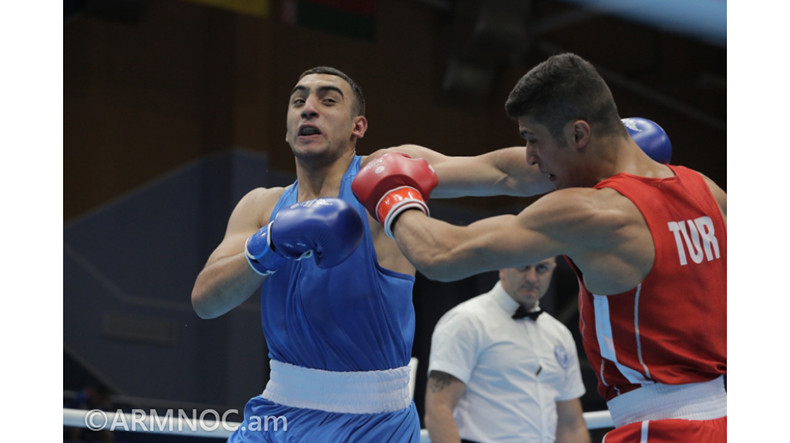 Armenian boxer Gor Nersesyan (81 kg) has qualified for the semifinals of the European Games underway in Minsk, Belarus, after defeating his Turkish opponent Malkan Bayram 3-2 in the quarterfinals on the sixth day of the competition.

Thus, the Armenian boxer has made it to the semifinals securing at least a bronze medal. Nersesyan will fight against British Benjamin Whittaker in the semifinals on Friday, the National Olympic Committee’s press service reported.

Gor Nersesyan started the struggle from the 1/16 finals where he defeated Kosovo’s Ardit Delijaj. In the 1/8 finals the Armenian athlete took advantage over Moldova’s Andrei Chiriacov.