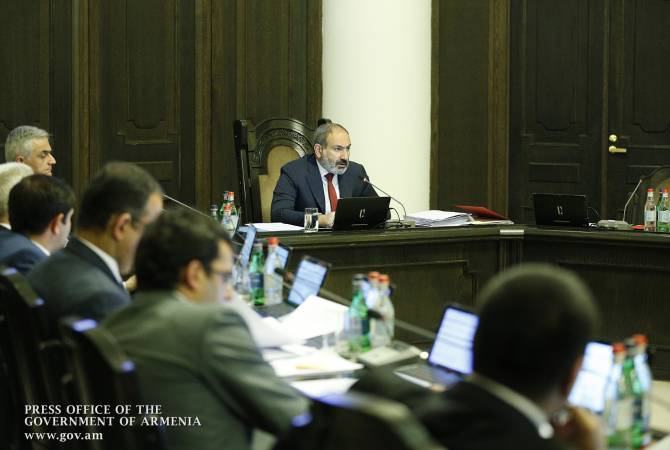 Government is expanding range of free and privileged medical services, as well as scope of beneficiaries- medical care for up to 18 years old citizens to be free of charge | ARMENPRESS Armenian News A

Prompted by the need to provide free government-guaranteed and privileged medical services, the Government adopted relevant decisions to expand the range of beneficiary groups, meet the existing demand for such services, reduce the out-of-pocket expenses, as well as modernize, upgrade and equip healthcare organizations. Accordingly, it is envisaged to expand the coverage of important healthcare-related programs through increased state budget revenues, as well as to provide for flat service fees in the healthcare sector, ARMENPRESS was informed from the Office of the Prime Minister of Armenia.

In particular, the Children’s Medical Services program envisages the full implementation of the medical care and services of citizens aged 0-18 within the framework of the state order.

Highlighting the decisions, Nikol Pashinyan touched upon their ideology and relevance, the government’s economic policy and the philosophy of economic revolution.

“In general, there are two ways to do so, and we have opted for the following: we have repeatedly stated that the citizen of the Republic of Armenia should be central acting person in the economic revolution. Therefore, we must everything in our power to ensure that the Armenian citizen is healthy. Of course, first of all, the vulnerable citizens need to be healthy so that they could work, create and overcome their desperate social situation.

Let us just state that we could have spent this amount otherwise, so that the beneficiaries could use that money according to their taste, and we would not have capital effects in the long run. The Government, on the contrary, within the framework of its political logic and ideology, has decided to spend the money for the protection of people’s health. In this respect, the figures are really impressive – some 100,000 people are affected by these decisions.”

The meeting endorsed the government’s proposal on draft amendments to the RA Law on Minimum Monthly Salary submitted by MPs Babken Tunyan and Varazdat Karapetyan.

The bill suggests raising the minimum wage from 55,000 to 63,000 drams. Based on the findings of a research conducted with 4 methods, the Government has moved to take it up to AMD 68,000.

The Cabinet next approved the exemplary forms of state property listings subject to alienation. The purpose of the decision is to streamline preparations for the alienation of publicly available real estate and to focus on the efforts of all interested parties. Additionally, it will give the opportunity to make substantiated decisions in this area.

The Executive granted Manoogian Brandy, Royal Glas Group and Kanaker Clothing Factory the privilege of exemption from customs duties. Nikol Pashinyan touched upon the results of the application of privileges aimed at stimulating investments.

“There is much talk about Armenia’s investment climate. The Government uses these tools to specifically encourage investments when granting the privilege of VAT deferment for three years and an exemption of customs duties. That is, with these tools, we are also getting some signals as to what is going on in the economy.

Mediating these tools, last year the Government approved 11 programs, with 35.3 million investment and 502 jobs. As of January-May, 2019, we have 25 investment projects with 254 million dollar-worth investment and 2379 jobs. That is, in terms of investment, in the first 5 months of this year we have a 7-fold increase over the past five months and a fourfold increase in jobs.”

The Prime Minister noted that the Government has analyzed the work on privileges and found out that there are no significant risks, that is, people have met their commitments accurately in 90% of cases, and the failures were eventually due to delays.