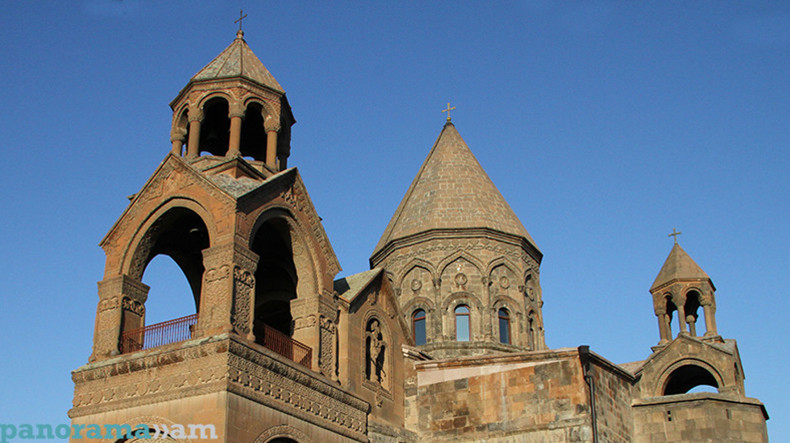 St. Sahak and St. Hovsep were the sons of Prince Kice. The prince had married a Christian Armenian woman in Karin and had allowed her to maintain her Christian faith and to educate their sons in the spirit of Christian faith. However, some years later the authorities became aware of the two brothers’ being Christian, and as their father was Moslem, they were forced to adopt Islam. However, even despite their father’s exhorts to adopt Islam only fictively, Sahak and Hovsep remained unshaken in their faith and were decapitated in 808.

Roman noblemen Sarkiss and Bagos were high-ranking officials serving in the palace of Byzantine king. For refusing to participant in a heathen ceremony Sarkiss and Bagos were subjected to severe torments, and nevertheless remained loyal to the Christian faith. As the result of torments Bagos was martyred, and Sarkiss was imprisoned and decapitated in North Syria in 300.