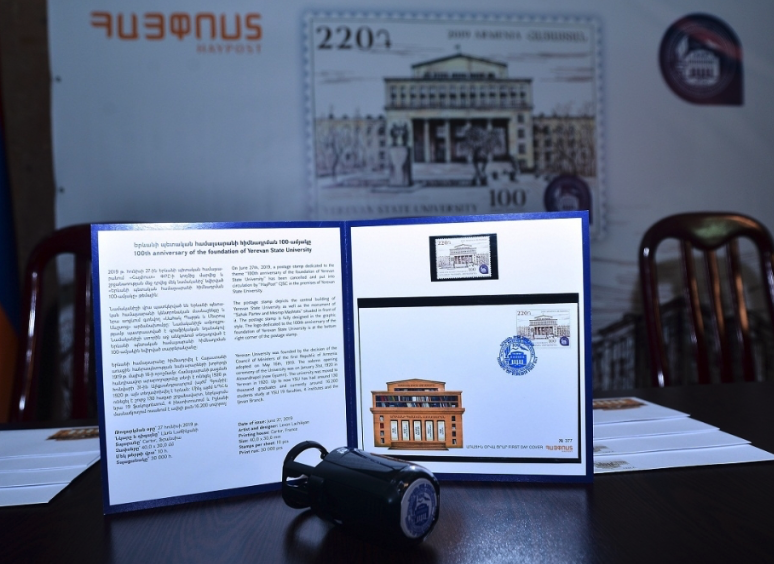 The postage stamp with nominal value of 220 AMD is printed in “Cartor” printing house in France with a print-run of 30 000 pcs. The author of the stamp’s design is the lecturer of Ijevan branch of Yerevan State University Levon Lachikyan.

The postage stamp was cancelled by the Minister of High-Technological Industry of the Republic of Armenia Arshak Hakobyan, the Minister of Education, Science, Culture and Sport of the Republic of Armenia Arayik Harutyunyan, Acting Rector of Yerevan State University Gegham Gevorgyan, Chief Executive Officer of “HayPost” CJSC Haik Avagyan, the President of the Union of Philatelists of the RA Hovik Musayelyan.