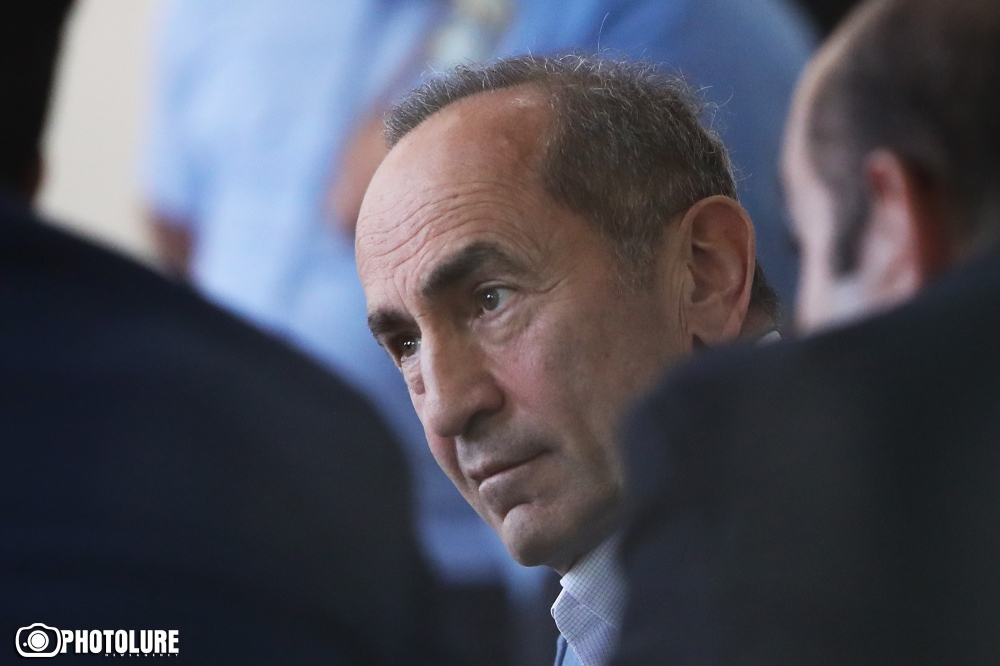 Armenia’s second President Robert Kocharyan will be jailed again, the Court of Appeals decided.
Kocharyan was released from pre-trial detention on May 18 after the former and incumbent Presidents of Artsakh appeared in court to vouch for him.
The prosecution later filed complaints seeking a higher court to overrule the decision.
Robert Kocharyan is charged with overthrowing constitutional order in March 2008 following a disputed presidential election. At least ten people were killed in clashes between police and protesters on March 1, 2008.