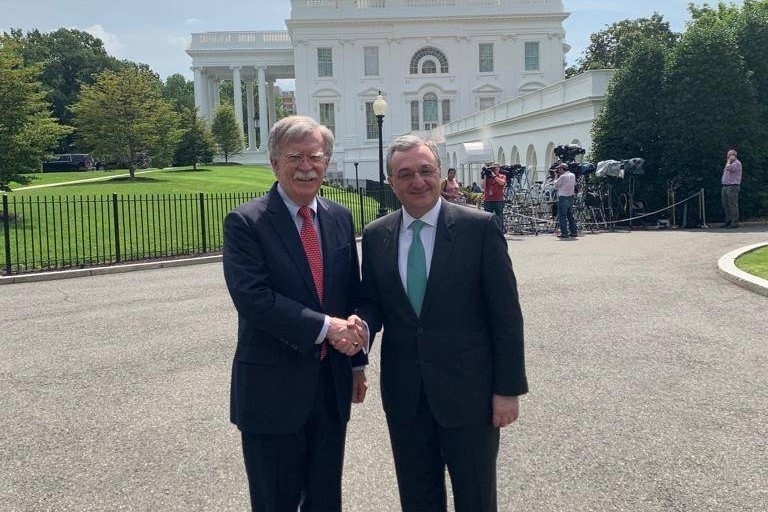 On a working visit the Washington, Armenian Foreign Minister Zohrab Mnatsakanyan had a meeting with US President’s National Security Advise John Bolton.
The interlocutors referred to the forthcoming meeting between the Foreign Ministers of Armenia and Azerbaijan mediated by the OSCE Minsk Group Co-Chairs.
Minister Mnatsakanyan attached importance to the continuity of the Karabakh peace process and the efforts of the US and other co-chairing countries in that direction.
In this context, the Armenian Foreign Minister stressed the need for reinforcement of ceasefire and risk reduction.
The interlocutors referred to issues of regional peace and security. They expressed willingness to expand and deepen the bilateral Armenian-American cooperation.
“Pleased with positive, extensive and engaging discussion with Amb. Bolton on Nagorno Karabakh peaceful resolution process, Armenia’s and regional peace and security agenda, as well as Armenia-US bilateral cooperation,” Minister Mnatsakanyan said in a Twitter post.
“US plays important role as OSCE MG Co-Chair along with Russia and France,” the Foreign Minister added.