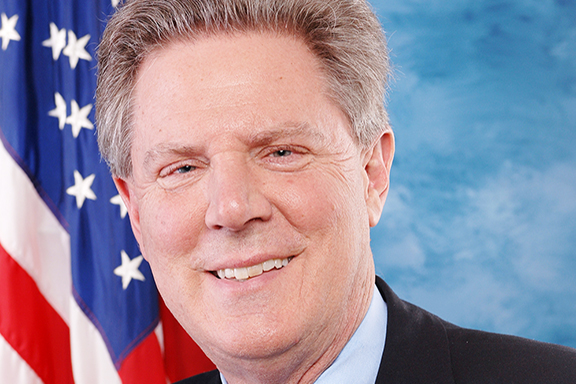 “We join with Armenians across the United States in thanking Congressman Pallone and his colleagues in the leadership of the Congressional Armenian Caucus for introducing this forward-looking legislation – aimed at further strengthening the U.S.-Armenia bilateral partnership and further reinforcing the enduring friendship of the American and Armenian peoples,” said ANCA Executive Director Aram Hamparian. “This measure both reflects and reinforces the growing strategic partnership between the United States and Armenia – rooted in shared values, driven by common interests, and sustained by robust civic engagement by Americans of Armenian heritage.”

“Over the past year, Armenia has been transformed through the organic, grassroots movement that led to the nonviolent ‘Velvet Revolution’ and free and open national elections in December. These momentous events are a testament to the Armenian people’s commitment to democracy and show why it is so important for the United States to elevate our engagement with the Pashinyan government,” Congressman Pallone said. “Armenia is at a critical moment where U.S. support can help foster the growth of pro-democratic and civil society institutions. I am hopeful that this resolution is the beginning of a broad-based strategic upgrade of the U.S.-Armenia partnership based upon our shared interests and common values. I look forward to working with my colleagues on the Congressional Caucus on Armenian Issues and with House Leadership to pass this important bipartisan legislation. Additionally, I will continue to work with my colleagues toward official U.S. recognition of the Armenian Genocide.”

Rep. Pallone shared his thoughts about the resolution with the ANCA in a video message.

“Armenia’s recent free and fair parliamentary elections provide an opening to strengthen U.S. ties to Armenia and support democratic institutions and economic growth, and Congress and the Administration should take the initiative to do so,” said Rep. Schiff. “I am pleased to support this resolution along with my colleagues on the Congressional Armenia Caucus to recognize the progress Armenia has made and to support continued engagement to empower the Armenian people and deepen our bilateral relationship.”

“As co-Chairman of the Congressional Armenian Caucus, I am proud to co-sponsor a resolution celebrating the strategic alliance between Armenia and the United States,” said Rep. Bilirakis. “The two nation’s continued friendship and cooperation promotes regional stability and is mutually beneficial for both parties.”

“I am proud to join my colleagues in celebrating a century of U.S.-Armenian friendship,” said Rep. Speier. “As one of only two Armenian-American Members of Congress, I have been proud to play my part safeguarding U.S. aid to Armenia and enacting programs to bring our countries and peoples closer together. I believe that the best days of our relationship are still ahead as we work together to build Armenia’s blossoming democracy.”

The resolution references the genesis of formal U.S.-Armenia diplomatic ties, noting that: “the United States formally recognized the independence of the Republic of Armenia almost a century ago on April 23, 1920, through a letter from Secretary of State Bainbridge Colby to the Representative of the Armenian Republic, Garegin Pasdermadjian, informing him of President Woodrow Wilson’s decision.” Also cited is the 1994 regional “ceasefire agreement signed by Armenia, Azerbaijan, and Nagorno Karabakh,” within the context of Armenia’s continued constructive engagement in the OSCE Minsk Group process, co-chaired by the United States.

This measure praises: “the longstanding friendship of the American and Armenian peoples, reinforced during decades of principled United States leadership for Armenian independence from Soviet tyranny, and expanded, in the years since Armenia’s reborn independence,” adding: “almost a century after the United States first formally recognized the independence of the Republic of Armenia the bilateral political, economic, and strategic partnership between the two countries continues to flourish.”

The Caucus leadership also note, in this resolution, that: “Armenia’s aid-to-trade transition requires continued United States leadership on trade and investment promotion, upgraded engagement through the Economic Task Force and Trade and Investment Framework Agreement Council, and the exploration of mutually beneficial economic accords,” a reference to bilateral discussions around a new U.S.-Armenia Tax Treaty and Social Security Totalization Agreement.

The complete text of the resolution is provided below.

Expressing the sense of the House of Representatives regarding the recent free and fair parliamentary elections and transfer of power in Armenia, reaffirming the critical importance of the United States-Armenia partnership, and for other purposes.

Whereas the United States formally recognized the independence of the Republic of Armenia almost a century ago on April 23, 1920, through a letter from Secretary of State Bainbridge Colby to the Representative of the Armenian Republic, Garegin Pasdermadjian, informing him of President Woodrow Wilson’s decision;

Whereas the United States recognized the reestablishment of Armenia’s independence following seven decades of Soviet rule on December 25, 1991, when President George H. W. Bush announced this decision in an address regarding the dissolution of the Soviet Union;

Whereas the people of the Republic of Armenia showed their commitment to democracy, anti-corruption measures, and rule of law during their nonviolent ‘‘Velvet Revolution’’ between April and May of 2018, leading to the peaceful transfer of executive leadership;

Whereas the Velvet Revolution culminated in the December 9, 2018, national parliamentary elections that “were held with respect for fundamental freedoms and enjoyed broad public trust that needs to be preserved through further electoral reforms,” according to the Organization for Security and Co-operation in Europe (OSCE) election observation mission;

Whereas the longstanding friendship of the American and Armenian peoples reinforced during decades of principled United States leadership for Armenian independence from Soviet tyranny, and expanded, in the years since Armenia’s reborn independence, through regional and international security cooperation, and mutually beneficial bilateral political, economic, military, democracy, and development partnerships;

Whereas almost a century after the United States first formally recognized the independence of the Republic of Armenia the bilateral political, economic, and strategic partnership between the two countries continues to flourish;

Whereas United States-Armenia ties are deeply rooted in shared democratic values, the United States’ enduring commitment to Armenia’s independence, and a common vision of regional peace and global security, as reflected in Armenia’s membership in NATO’s Partnership for Peace and its record of deployments as part of United States-led peacekeeping operations in Afghanistan, Iraq, Lebanon, Kosovo, and Mali;

Whereas President Donald Trump, in a September 21, 2018, message to Armenian Prime Minister Nikol Pashinyan, stated, ‘‘We thank you for your steadfast partnership on many fronts, including contributing to NATO operations and showing great generosity in welcoming Syrian refugees’’;

Whereas Armenia remains constructively engaged in the OSCE Minsk Group process, co-chaired by the United States, which seeks to strengthen the 1994 ceasefire agreement signed by Armenia, Azerbaijan, and Nagorno Karabakh, and to facilitate a durable and democratic peace;

Whereas continued United States investment into initiatives that further government transparency, strengthen democratic institutions, and empower civil society in Armenia will only help to bolster the historic ties and friendship between the two countries: Now, therefore, be it

Resolved, That the House of Representatives —

(1) celebrates almost a century of United States-Armenia relations, the enduring friendship of the American and Armenian peoples, the strong bonds between the two governments, and the many contributions Americans of Armenian heritage continue to make to the United States;

(2) honors and congratulates the people of Armenia on their peaceful and constitutional leadership transition and the December 9, 2018, democratic parliamentary elections broadly recognized as free and fair; and