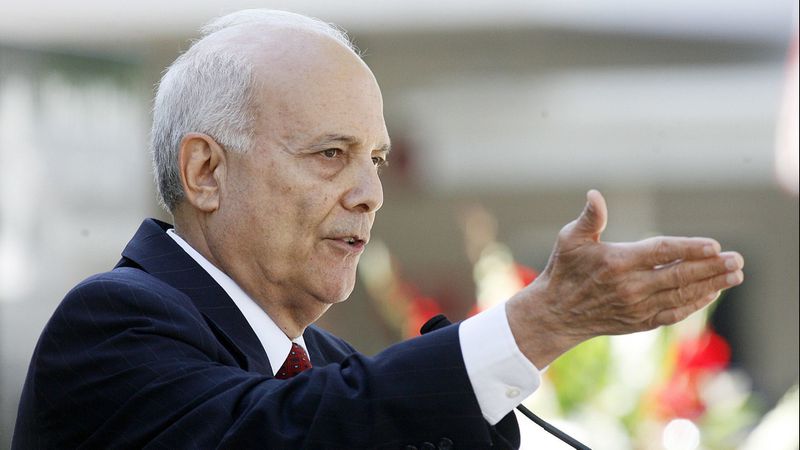 Glendale City Council members unanimously voted to appoint former Mayor and Councilman Frank Quintero to fill a seat left vacant after Zareh Sinanyan resigned from the council to work for the Armenian government earlier this month.

Quintero, first elected to City Council in 2001, will be sworn in during a private ceremony next week, according to city spokesman Dan Bell. He will be seated at the dais for the council’s next regular meeting on July 9.

“It was based on the criteria that not only I, but other people in the community, shared about the [appointee likely] not running again, about being familiar with the city and its organization, about not being beholden to any group or preset agenda,” Mayor Ara Najarian said after the appointment.

Quintero will serve until March of next year, at which point the seat will be up for election.

Current council members could have opted to hold a special election for Sinanyan’s vacated seat in November, but opted not to do so because of its estimated cost of $1.1 million.

Some public speakers at the meeting objected to the appointment process, calling it undemocratic or potentially giving an unfair advantage to the appointee should they choose to run again.

“What constitutes a high cost is a matter of perspective,” Glendale resident Leonard Manoukian said. “Let the people of Glendale choose their own leadership as they were meant to do.” Manoukian submitted a statement of interest for the seat, according to a city report.

All four council members on Friday expressed a desire to appoint someone who would likely not run in the next election. However, it would be unconstitutional to actually bar anyone from running for the seat.

During the meeting, Councilman Vartan Gharpetian said he wished he had more time to consider all of the applications that were received.

Council members called for applications during a meeting on June 11, with a final deadline to submit on June 17.

Glendale resident Mike Mohill predicted the appointment of Quintero in an online newsletter he circulated soon after Sinanyan vacated his seat on June 7.

After following Glendale politics for a decade, Mohill said he knows “how they think,” referring to council members.

“They had already made up their minds behind closed doors,” Mohill said after the appointment. “It was another dog-and-pony show.”

Quintero was previously appointed to fill a seat vacated by then-Councilman Rafi Manoukian in 2013 after he won an election bid to be the city’s treasurer. That appointment was made just weeks after Quintero had retired from public service.

The expectation was there “because [Quintero] was a logical and a good choice,” Najarian said.

“If they were thinking the way I was thinking, that’s good,” he added.

Sinanyan, who resigned in the middle of his second council term, will now be handling diaspora affairs for the Armenian government.