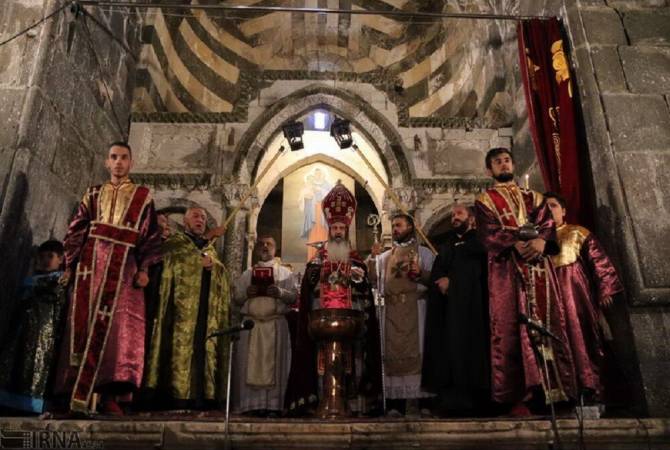 YEREVAN, JUNE 21, ARMENPRESS. A mass will be delivered in the Armenian Monastery of Saint Thaddeus located in Iran’s north which will be attended by Armenians from all over the world, IRNA reported.

The Armenian pilgrims from Iran, Armenia, Syria, Lebanon, Netherlands, France, Germany and Canada carry out children’s baptisms, animal sacrifice during the ritual. This ritual is being held in the St. Thaddeus Monastery every year and is an evidence of a peaceful co-existence of religions. It greatly boosts the Armenian community’s national, cultural and religious life.

St. Thaddeus Monastery dates back to the 4-6th centuries, but according to the tradition it has been founded by Apostle Thaddeus in AD 66. The Monastery has been destroyed several times as a result of an earthquake, but has been renovated.