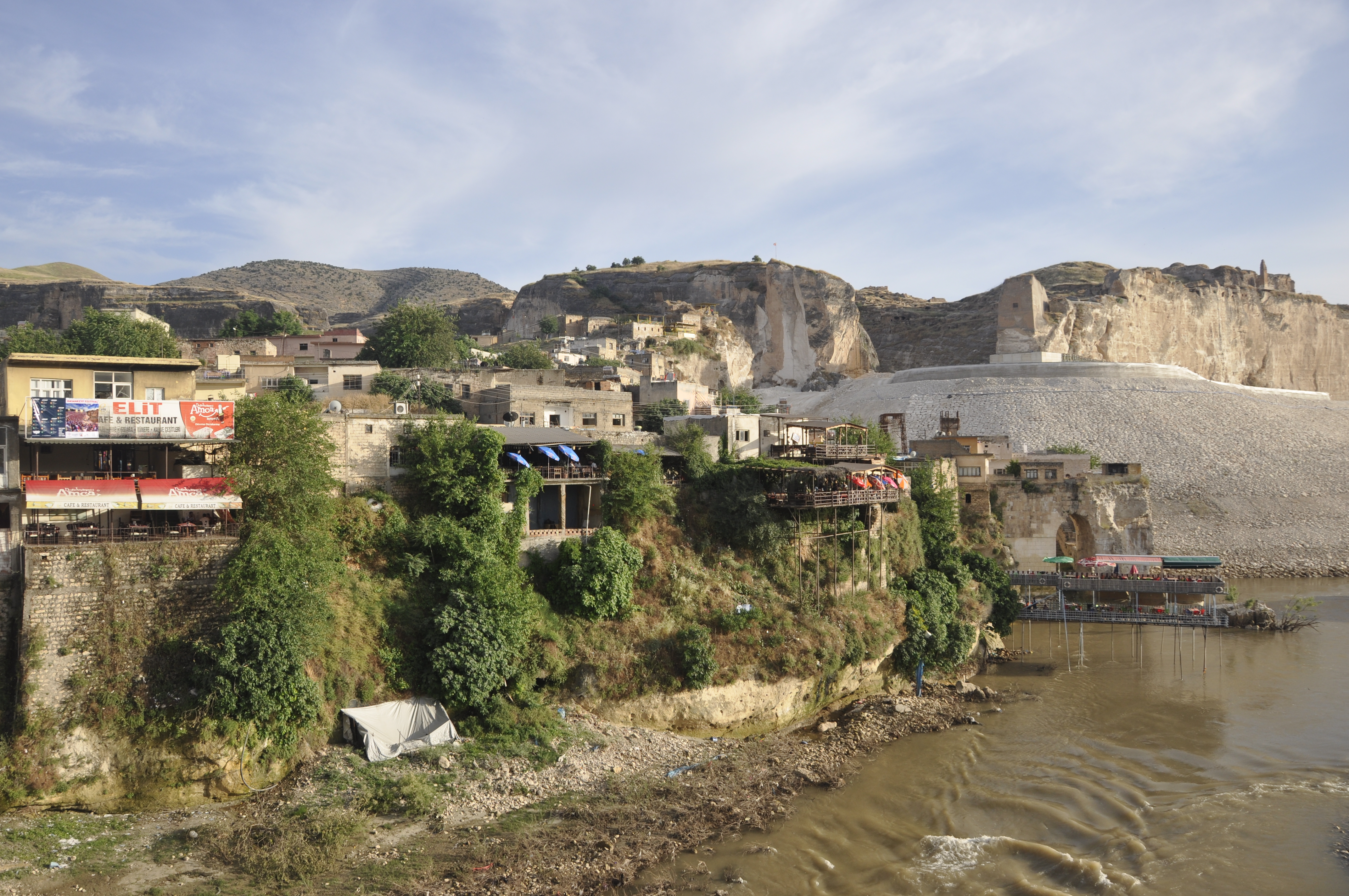 For over a decade, Hasankeyf has been the focus of international attention due to the soon-to-be-completed Ilısu Dam project that will flood much of the historic town. Last Saturday, June 8, I made the side excursion to the town of Hasankeyf, a town between Midyat and Batman in current southeastern Turkey thought to be continuously inhabited for over 10,000 years.
The Tigris River runs through Hasankeyf with its ancient structures rising high above overlooking the cave dwellings along the opposite shoreline. Armenians are one of the many people who have had a presence in the town, especially when it was a major point along the silk road. On the eve of the genocide, few Armenians remained; though even late in the 19th century, the head of the Christian community there was an Armenian.
After a decade in the works, the dam shut down this week to begin the flooding stage. The water level will ultimately rise by approximately 200 feet, submerging much of the historically significant remains. The Turkish government has built a new town on the hillside above and will force the remaining residents to relocate.
The dam project has been controversial not only for the cultural impact, but also for the political leverage resulting from limiting the flow of the Tigris to water-deprived Syria and Iraq, particularly in areas heavily populated by Kurds. Four days after I was there, 33 activists were arrested during a protest of the flooding.
This slideshow requires JavaScript.
While it will take six months or longer for water for rising water levels to reach Hasankeyf, one could feel the sense of urgency of hawkers to sell their tourist trinkets before time runs out. All the while, construction workers and their equipment buzzed along the hillside making the final preparations moving large amounts of gravel and dirt.
The controversy around building dams is nothing new in Turkey, or elsewhere for that matter. Here in Massachusetts, we have the towns impacted by the Quabbin and Wachusett Reservoirs. In Turkey, the Keban dam submerged a number of previously Armenian villages in the Kharpert region in the early 1970s. Today, you can just see the highest point of the village of Habousi above the waterline. My own grandmother’s village of Uzunova in the Palu district was also submerged by the Keban Reservoir, thus preserving it for posterity.
Of course, being underwater does not protect Armenian historical sites from misrepresentation. The Armenian monastery on Lake Goeljuk [Hazar] is being billed as a “sunken city” with no reference to Armenians – euphemisms are the norm.
As my friends and I contemplated the soon-to-be life altering changes, it occurred to us that instead of viewing the dam as another destruction of a cultural site, one could argue this is one of the few ways to actually preserve heritage in Turkey. All too often, looters, treasure seekers and ultra-nationalists purposefully destroy any accessible cultural site in search of Armenian wealth or to purge evidence of an Armenian presence. Much of Hasankeyf will no longer be under threat of such a fate.
George Aghjayan