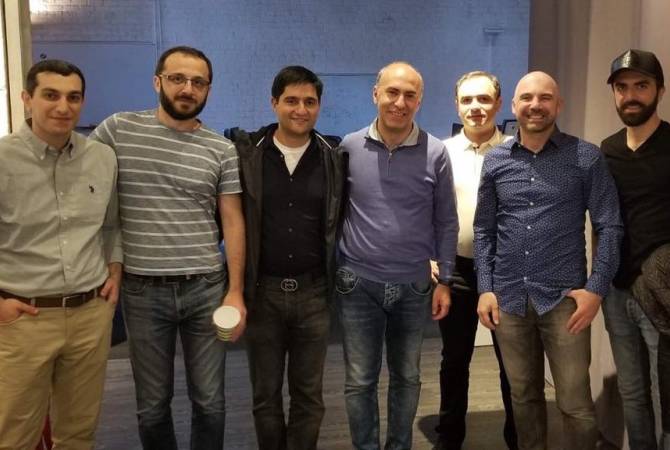 YEREVAN, JUNE 18, ARMENPRESS. Alexander Yesayan, president of the Union of Advanced Technology Enterprises, was in the United States from June 11-16 to meet with representatives from start-up and successful IT companies, and members of the committee developing content for the 23rd World Congress on Information Technology (WCIT 2019) to discuss agenda topics and the list of speakers.

During his meetings with heads of a number of American IT companies operating in New York and San Francisco, Alexander Yesayan presented the preparation process for the 23rd World Congress on Information Technology. He also invited them to Armenia in October to take part in WCIT 2019 to discuss the prospects and influence of the digital technology era on humanity with other leaders and innovators of the IT world and global political leaders.

“Silicon Valley is one of the most developed ecosystems in the world where startups and big companies achieve great success. Our main goal is to invite specialists to participate in WCIT 2019, get acquainted with the potential of Armenia’s IT sector and make investment plans in Armenia,” said Alexander Yesayan, president of UATE.

WCIT 2019 will be held in Yerevan on October 6-9, 2019. The Congress is hosted by Armenia with the support and under the high patronage of the Government of the Republic of Armenia. The World Congress on Information Technology (WCIT) was established by the World Information Technology and Services Alliance (WITSA). Its main organizing body is the Union of Advanced Technology Enterprises (UATE).