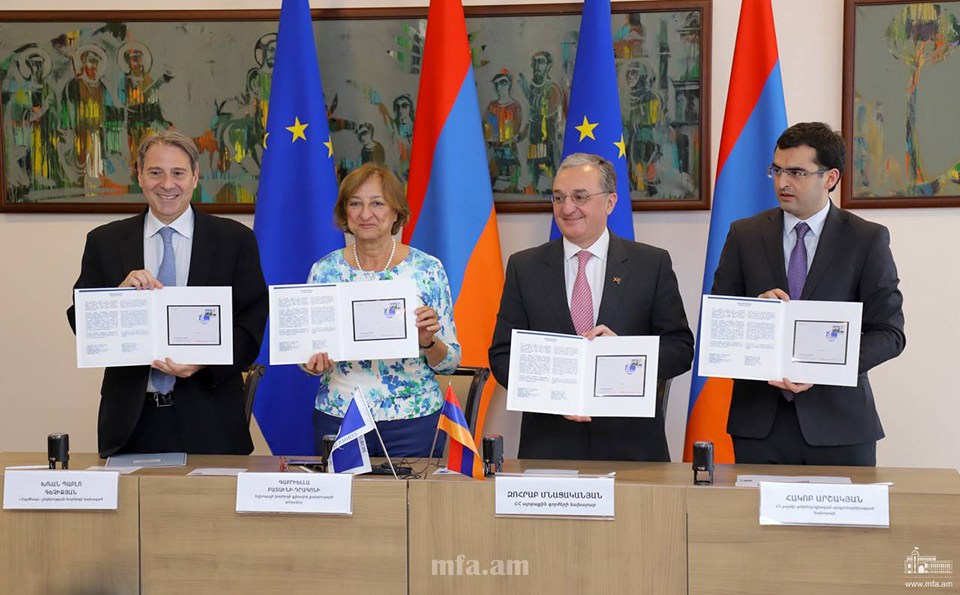 YEREVAN (Panorama.am) — The Council of Europe (CoE) 2019-2022 Action Plan for Armenia was officially launched on Monday at the ministry of foreign affairs in Yerevan. The event was attended by Foreign Minister of Armenia Zohrab Mnatsakanyan and Deputy Secretary General of the Council of Europe Gabriella Battaini-Dragoni. Ambassadors accredited to Armenia, the Human Rights Defender, parliamentarians, ministers and deputy ministers were in attendance.

Minister Mnatsakanyan delivered remarks at the meeting, stressing the launch of the Action Plan is a great source of satisfaction as it will serve an important tool in assisting the reforms underway in the country ranging from the implementation of criminal justice reform to combatting corruption.

The foreign minister pointed to the ambitious budged of the Plan totaling $18,9 million half of the amount already raised through donor contributions. The program focuses on the reform agenda prioritized by the cabinet, said he minister adding: “This is a tool of reforms Armenia needs. We want to build a country based on European standards in the areas of human rights, the rule of law and democracy which is also supported by our public. The events of April-May 2018 came to prove this wish. That also reflects the will and commitment of the Armenian government. I am confident we have the best prerequisites to use this Action Plan to the needs of the country as a tool of reforms and will be able to reflect on achievements and results in 2021.”

Speaking of the 70th anniversary of the Council of Europe, Minister Mnatsakanyan stated the CoE is invaluable structure bringing nations that stand together and are united around common values. “This is the structure we have been member since 2001 and enjoyed the benefits of our membership both on good and bad days.”

To note, the Action Plan for Armenia 2019-2022 is a strategic programming instrument that aims to bring Armenia’s legislation, institutions and practice further into line with European standards and is intended to support the country’s efforts to honor its obligations as a Council of Europe member State.

Under the Action Plan the Council of Europe and Armenia have agreed to carry forward jointly, through cooperation programs, reforms aiming to enhance the independence, transparency and efficiency of the judiciary, to harmonize the implementation of European human rights standards, to enhance protection of human rights in the armed forces and prisoners’ rights to health care, to support police reform and the implementation of criminal justice reform.

Emphasis is also placed on countering discrimination on all grounds, protecting the rights of minorities, protecting personal data, and improving media freedom, the safety of journalists and internet governance.