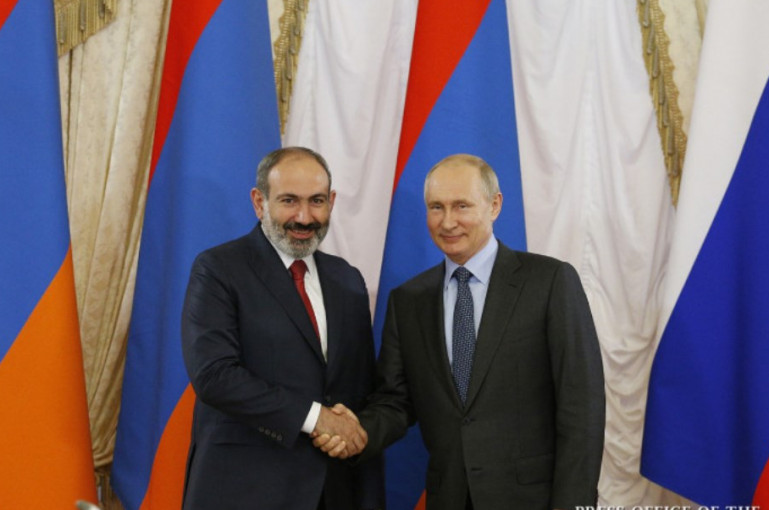 Pashinyan, Putin ‘did not discuss Karabakh’ at St Petersburg summit

Armenian Prime Minister Nikol Pashinyan and Russian President Vladimir Putin did not discuss the Nagorno-Karabakh (Artsakh) issue at their recent meeting in St Petersburg, according to a spokesperson for the Russian leader.

“The Karabakh conflict was not considered in detail. Yesterday’s dialogue was very thorough indeed, as it addressed the bilateral relations and different aspects of the trade-economic partnership,” RIA Novosti quotes Dmitry Peskov as telling journalists.

Pashinyan is in St Petersburg on a working visit. He and President Putin met in the city’s Konstantinovsky Palace late on Thursday.