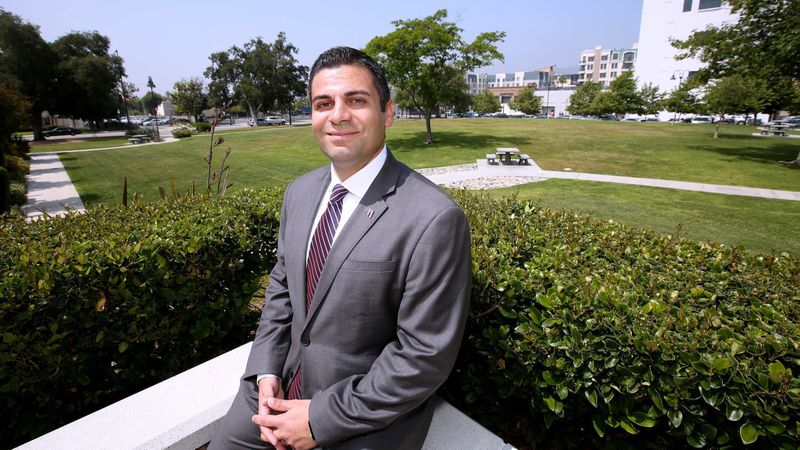 Shant Sahakian, executive director of the forthcoming Armenian American Museum, has a knack for turning his passions into professional achievements — intentionally or not.

When Sahakian was a student at Toll Middle School, a friend asked him if he could design a website for his father’s small business.

Sahakian, then 14 years old, was coding and designing websites as a hobby. It sounded like fun, and he said “yes.” When his friend asked him what his rate was, Sahakian was puzzled.

His friend’s father became his first client for what would become a successful, still-extant technology and design company called Sedna Solutions.

It was a professional start that Sahakian leveraged into what would eventually become his focus — civic involvement.

Learning that nonprofits needed websites and mobile apps — which Sedna could provide —his company began providing them with pro-bono work in lieu of financial support that Sahakian couldn’t offer.

Still, as a college student at Cal State Northridge, Sahakian said he “wanted to be more involved, but I didn’t know how to get started.”

Through the local chamber of commerce, he enrolled in Leadership Glendale, a program that walks participants through various aspects of the private and public sectors, including nonprofits, the hospital system and local government.

From there, he joined the boards of the Glendale Youth Alliance and Glendale Parks and Open Space Foundation. He enjoyed the community-service and nonprofit worlds, and volunteered with more organizations.

“Being a lifelong Glendale resident, I felt like I had an opportunity to give back to the community,” said Sahakian, the first-generation son of Armenian immigrants.

So it’s not surprising that in 2015, when a committee representing the western United States began planning what it would to do as part of a worldwide effort to commemorate the centennial of the Armenian Genocide, Sahakian joined the group as a volunteer.

The committee first organized a march. On April 24, 2015, 166,000 people took part in a 6-mile march from Little Armenia in Hollywood to the Turkish consulate of Los Angeles.

It was looked at as what the committee would do to honor the 1.5 million people who perished in the Armenian Genocide, beginning in 1915. But there was still the future to think about.

It came down to: “So what are we going to do for the next 100 years?” said Sahakian, who at the time was a volunteer on a subcommittee that was exploring the possibility of constructing a landmark.

Eventually, the landmark concept evolved into the Armenian American Museum, a cultural and education center planned for downtown Glendale. Last August, the city of Glendale approved a 55-year ground lease for the museum in Glendale Central Park, with four 10-year renewal options — making it almost literally a 100-year commitment.

As the project progressed, Sahakian was given more responsibilities for the governing body that consisted of 10 organizations. Later, he was brought on to do consulting work when the team began working on communications and outreach. In early March, he was named the museum’s first executive director.

“Shant has more than proven that he is a dedicated public servant and has the ability and qualities to assume the role,” Councilwoman Paula Devine said in an email.

While Devine hasn’t worked with Sahakian directly, she endorsed him for a seat on the Glendale Unified school board. At 31, he became the youngest person to be elected to the board in 2017.

“One important quality that impressed me was his method of listening to people, hearing all the facts and asking the right questions before making a decision,” Devine added.

Fellow Glendale Unified board member Greg Krikorian said the issues Sahakian routinely tackles on behalf of the school district — including student safety, curriculum development and facility-management funding — “equip Shant to take on some of the museum’s future challenges.”

Krikorian, who was the first Armenian American elected to the school board in 2001, said the museum represents, in part, how the Armenian and other immigrant populations in Glendale have made great strides in working with the city’s community as a whole.

“I was kind of as American as can be, but also kind of living an immigrant’s life, watching what my parents were going through as newcomers to the country,” Sahakian said.

It’s an experience that Sahakian thinks still resonates with many youngsters of all racial and ethnic descents.

Besides a permanent exhibit dedicated to Armenian arts, culture and history, the museum will feature a revolving multicultural exhibit.

Slated to span 60,000 square feet and rise three stories, the museum will also include a performing arts space, a learning center and a demo kitchen. The goal is to begin construction next year and open the doors to the public in about three to four years, Sahakian said.

Sahakian often imagines the day his two infant children, Raffi and Lori, with his wife, Suzanna, will walk through the museum’s doors.

“It’s them and their generation that I get to spend every minute of the day working on,” he said.