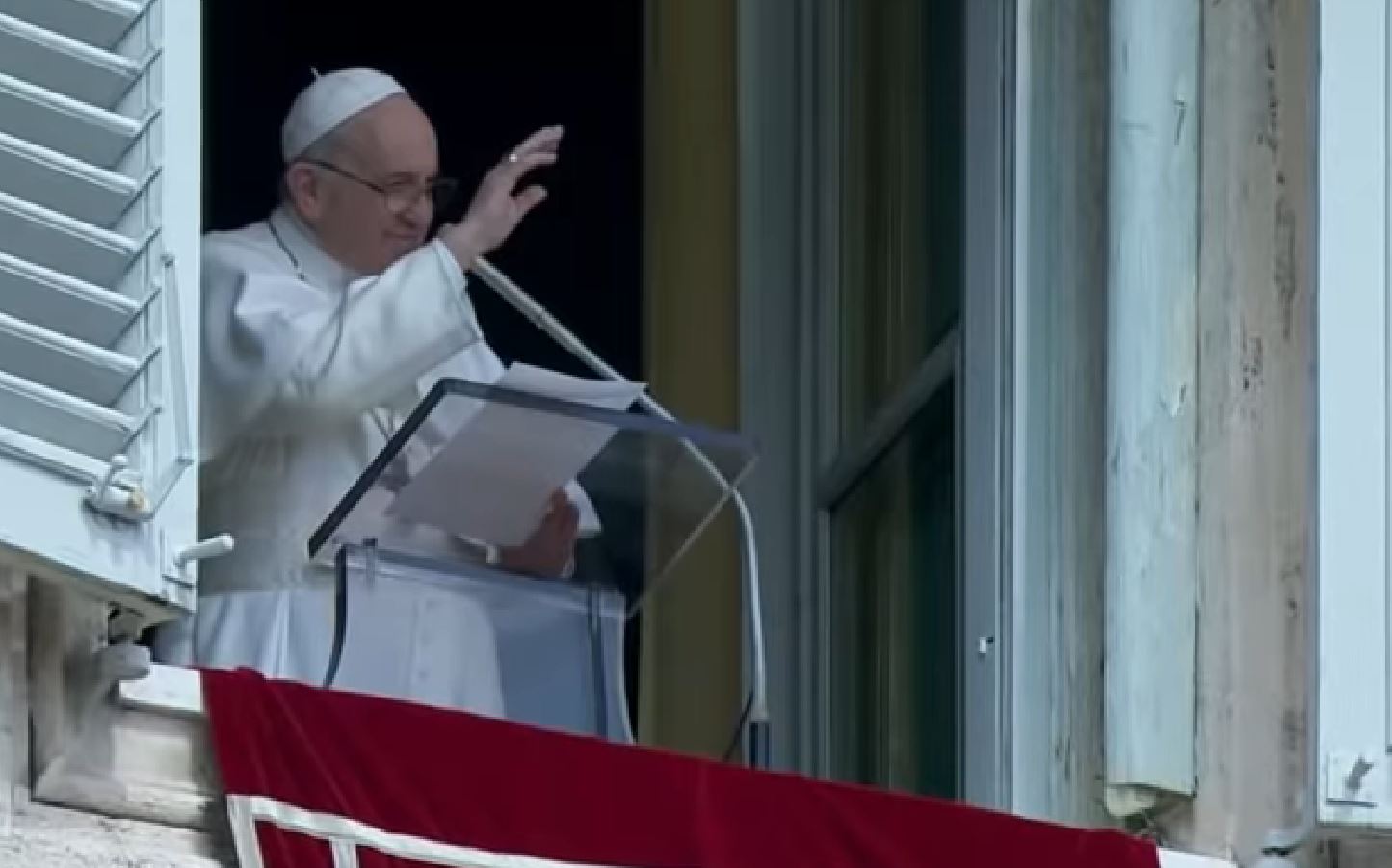 Angelus Address: On the Episode of the Woman Caught in Adultery

2019-04-07
Here is a ZENIT translation of the address Pope Francis gave April 7, 2019, before and after praying the midday Angelus with those gathered in St. Peter’s Square.

In this fifth Sunday of Lent, the liturgy gives us the episode of the adulterous woman (Cf. John 8:1-11). In it, are two opposite attitudes: that of the Scribes and Pharisees on one hand, and that of Jesus on the other; the former want to condemn the woman because they consider themselves guardians of the Law and of its faithful application. Instead, Jesus wants to save her, because He personifies the mercy of God who, by forgiving, redeems and by reconciling, renews.

So, let’s look at the event. While Jesus is teaching in the Temple, the Scribes and Pharisees bring Him a woman caught in adultery. They placed her in their midst and ask Jesus if she should be stoned, exactly as the Law of Moses prescribes. The Evangelist specifies that they posed the question “to test Him, that they might have some charge to bring against Him” (v. 6). We can suppose that their purpose was this — see the wickedness of these people: the “no” to stoning would be a reason to accuse Jesus of disobedience of the Law. The “yes,” instead,

Jesus’ interlocutors are closed in narrow legalism and want to lock the Son of God in their perspective of judgment and condemnation. However, He did not come into the world to judge and condemn, but rather to save and offer people a new life. And how does Jesus react in face of this test? First of all, He remains silent for a bit, and He bends down and writes with His finger on the ground as if to remind that God is the only Lawmaker and Judge, who wrote the Law on stone. And then He says: “Let him who is without sin among you be the first to throw a stone at her” (v. 7). So Jesus appeals to the conscience of those men: they felt themselves “champions of justice,” but He recalls them to the awareness of their condition of sinful men so that they cannot arrogate to themselves the right of life or death over one of their fellow beings. At that point, one after the other, beginning with the eldest — namely those more expert in their miseries — went away, giving up stoning the woman. This scene also invites each one of us to become conscious that we are sinners and to let the stone fall from our hands of denigration and condemnation, of gossip, which we sometimes want to fling against others. When we speak badly of others, we throw stones; we are like these men.

In the end, Jesus is left alone with the woman, there, in the midst: “misery and mercy,” says Saint Augustine (In Joh 33:5). Jesus is the only one without fault, the only one who could throw a stone against her, but He doesn’t do it, because God has “no pleasure in the death of the wicked, but that the wicked turn from his way and live” (Cf. 33:11). And Jesus takes leave of the woman with these stupendous words: “Go. And do not sin again” (v. 11). And so Jesus opens a new way before her, created by mercy, a way that calls for the commitment not to sin again. It’s an invitation that applies to each one of us: when Jesus forgives us He always opens a new way for us to go forward. In this time of Lent, we are called to acknowledge ourselves sinners and to ask for God’s forgiveness. And forgiveness, in turn, while reconciling us and giving us peace, makes us begin again a renewed history. Every true conversion reaches out to a new future, to a new life, a beautiful life, a life free of sin, a generous life. Let us not be afraid to ask Jesus for forgiveness because He opens the door for us to this new life.

May the Virgin Mary help us to witness God’s merciful love to all, who, in Jesus, forgives us and renders our existence new, offering us ever new possibilities.

A warm welcome goes to all of you present here, faithful from Rome and from many parts of the world. Today there are so many school children!

I greet the Spanish students of La Coruna and of Albacete, those of Telfs (Austria) and of Colmar (France).

I greet the students of Bologna, Nicosia, and Genoa, as well as those of the Lasallian schools of Turin and Vercelli, who are observing the third centenary of the death of Saint John Baptist de La Salle.

A special thought goes to the Confirmation youngsters of Settigano, Scandicci, and those of the diocese of Saluzzo, accompanied by their Bishop, Monsignor Cristiano Bodo. Be courageous witnesses of Jesus and of the Gospel! With Confirmation, we must always grow in courage, always be courageous!

I greet the 14-year-old boys of the “Romana Vittoria” Deanship of Milan, the faithful of Pescara, Naples and Terni.

I wish you all a happy Sunday. Please, don’t forget to pray for me.

Enjoy your lunch and goodbye!