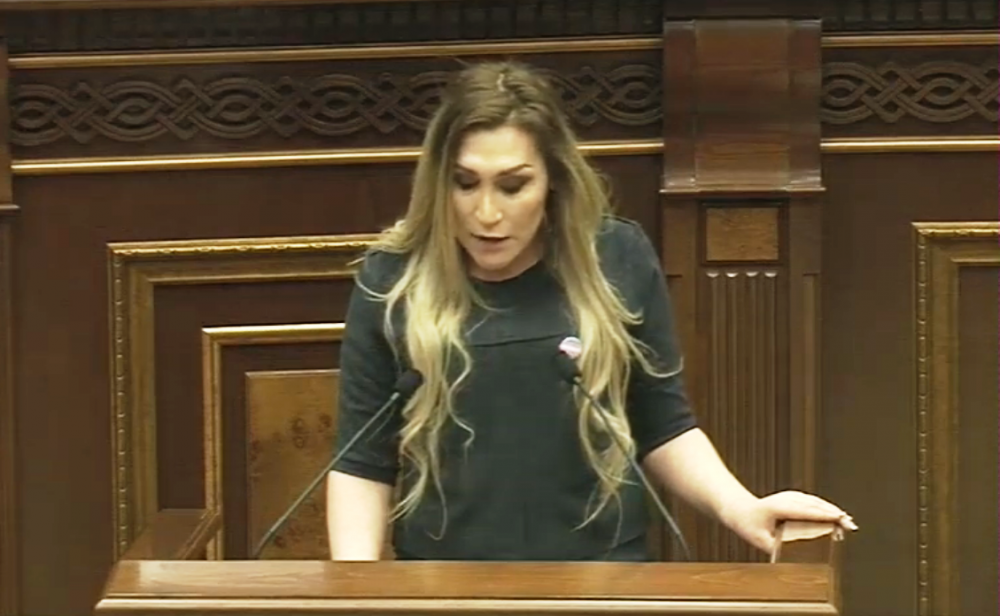 Transgender woman takes the floor in the Armenian National Assembly

2019-04-05
A transgender woman took the floor at the Armenian National Assembly today during the discussion on “National human rights agenda: UN Universal Periodic Review.”
“We are making history today,” said the woman, who introduced herself as Lilit Martirosyan.
She described herself as “the embodiment of a tortured, raped, kidnapped, physically assaulted, burnt, murdered, robbed and unemployed Armenian transgender.”
Naira Zohrabyan, who chaired the sitting, said the speech contradicted the agenda.

“We had three topics – judicial reforms, problems of persons with disabilities and children’s issues.
She said the fact that she used the opportunity to raise an issue not on the agenda is “disrespect.”
“There is no issue of discrimination. No one violates your rights, but you have violated our agenda,” Naira Zohrabyan stated.