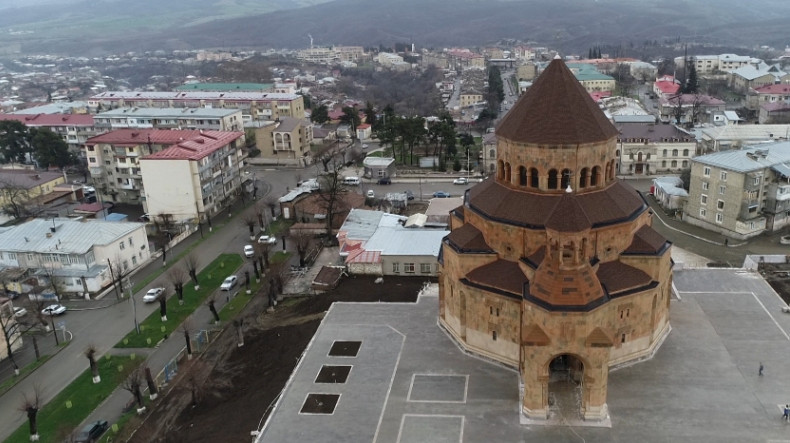 2019-04-03
The official ceremony of consecration and opening of the conciliar Church of the Intercession (also known as Astvatcamor Surb Hovani Mayr Tachar) will take place on April 7 in Stepanakert, Artsakh.

The idea of having a cathedral in the capital of Artsakh belongs to Primate of the Artsakh Diocese of the Armenian Apostolic Church Archbishop Pargev Martirosyan. To implement the idea he applied to different patrons.

Well-known philanthropist blessed Hrant Vardanyan was the first to respond. He was the one who made the first substantial donation. Hrant Vardanyan’s sons – Michael and Karen Vardanyans continued funding the construction of the church.

The Vardanyan family has donated 400 million drams in total to help fund the construction of the cathedral in Stepanakert.

Details are in the video.